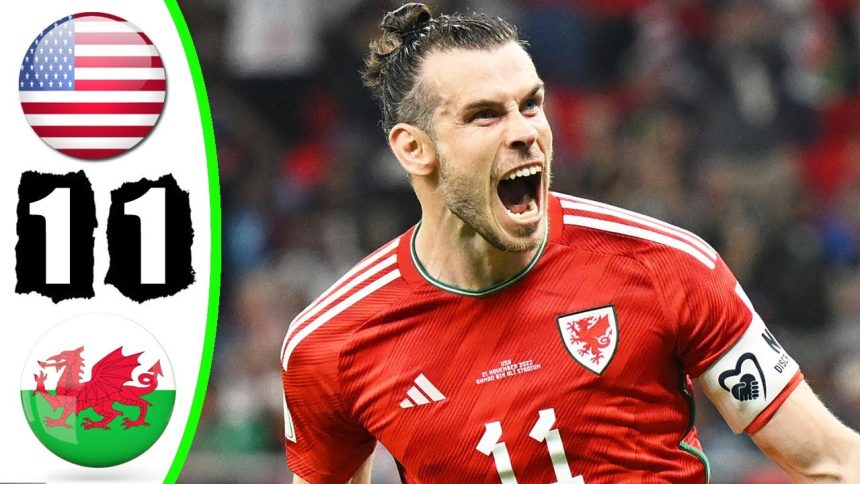 USA vs Wales, FIFA World Cup 2022 Highlights: Well, the game between USA and Wales has finally come to an end as it ended with draws, as both teams scored a goal each.

The Two nations, USA and Wales, played on Monday evening, the second match in Group B after England beat Iran 6 goals to 2.

Timothy Weah’s (36′) goal gave the United States of America (USA) the lead in the first half.

Gareth Bale was fouled in the box by Walker Zimmerman. It was clever body positioning by Bale to win the foul, and he made no mistake from the spot as he made it 1-1 at the 82nd minute.

This brings Engalnd to topping the group on the number 1 position with 3 points followed by, followed by Wales and USA with a point each at the second and third position respectively ahead of Iran on the 4th position with no points after loosing to England ealier today.

Check out a video clip highlight of the 2022 FIFA World Cup in Qatar game between USA, and Wale ending in a 1-1 draw below, served to you by Townflex Sports.