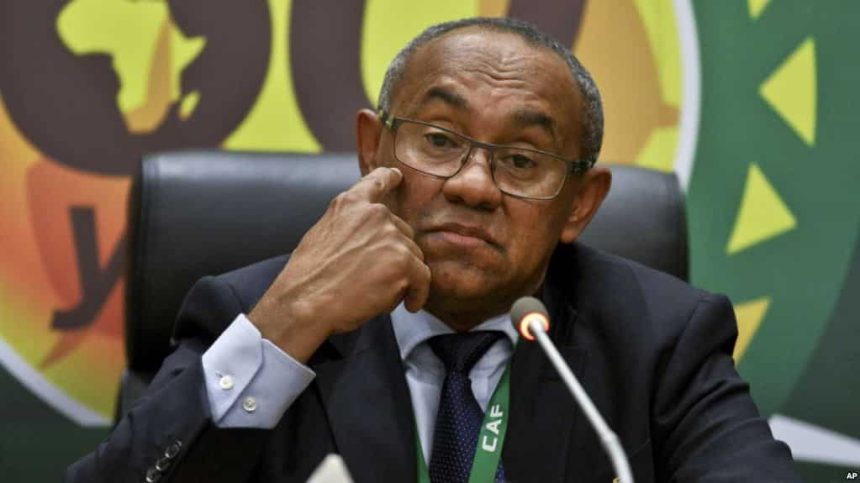 Ahmad restored as CAF President: Madagascan official Ahmad has been restored as the president Confederation of African Football (Caf) following a ruling by the Court of Arbitration for Sport (Cas).

In our previous post in November 2020, we published that FIFA bans CAF president Ahmad for 5 years over corruption, abusing his position, and miss appropriation of funds.

The ban was announced during the Madagascan official’s campaign to be reelected for four more years as the head of African football. His position also makes him a FIFA vice president.

The FIFA ethics committee found “Ahmad had breached his duty of loyalty, offered gifts and other benefits, mismanaged funds and abused his position as the CAF president.”

The Malagasy appealed his decision at Cas, which issued a preliminary ruling on Friday, yesterday, January 29, 2021, and the court have ruled that he is to be reinstated.

Ahmad is still ineligible to contest Caf’s presidential elections in March however since the Cas decision came after both the Caf’s Governance Committee and Fifa’s Review Committee met earlier this week to discuss the eligibility of candidates.

Since he was banned when Fifa met on Tuesday and Caf on Thursday, Ahmad was deemed ineligible to run.

Cas says it will hear Ahmad’s appeal in full on 2 March, with a decision issued before the Caf presidential elections on 12 March.