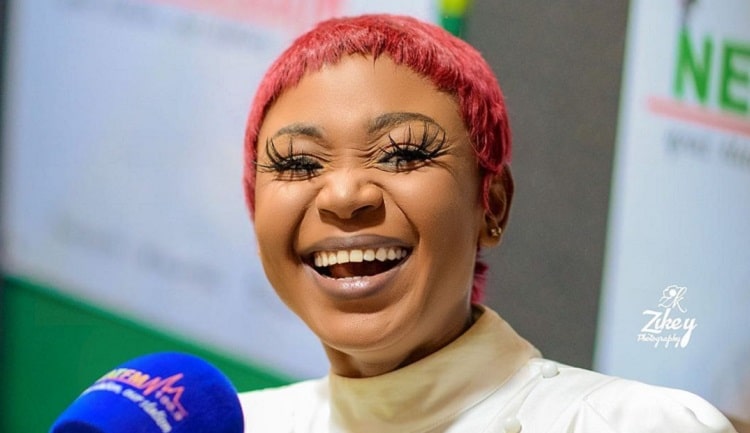 The Lawyer (Attorney) of convicted actress Rosemond Alade Brown popularly known as Akuapem Poloo have filed a notice of appeal at the Court of Appeal challenging the dismissal of her appeal by the High Court.

The High Court ruled that, the 90 days custodial sentence imposed on her by the Circuit Court was not “manifestly excessive” and “harsh” and therefore cannot interfere with that decision.

Five days after, her lawyers led by Andrew Kudzo Vortia have filed a notice of appeal to challenge that decision and notice for bail.

A copy of the notice of appeal sighted by Starrfm.com.gh filed on Monday, December 6, 2021, stated as follows;

“Please take note that the convict/appellant/appellant hearin, being aggrieved by the judgement of the High Court Criminal Division (1)Accra, Her Ladyship Ruby Aryeetey dated 1st December 2021 dismissing the appellant appeal against the conviction and sentenced to 90 days imprisonment imposed on the appellant on each count to run concurrently by Her Honour Mrs Christiana Cann dated April 16, 2021 hereby appeals to the court of appeal on the grounds set out below and for the release stated here under.

“That the learned judge erred in failing to appreciate that as a young first offender and a single parent, a noncustodial sentenced of a fine instead of a custodial sentence of 90days imposed on the appellant by the trial court is appropriate in this case,” the notice of appeal stated.

Aside, the notice to appeal, the lawyers have also filed for bail pending the determination of the appeal.

EIB Network’s Court Correspondent Murtala Inusah reports that the notice for bail application would be moved on December 15, 2021.

On April 16, Actress and social media personality Rosemond Brown popularly known as Akuapem Poloo was jailed for 90 days or three months by an Accra Circuit Court.

This was after Akuapem Poloo pleaded guilty to three charges.

She was charged with the publication of nude pictures with her seven-year-old son. She changed her not guilty plea to guilty before being convicted.

She was sentenced to 90 days on each count but the court said, the sentence must run concurrently. This means she will only serve a 90-day jail term which is three months.

The Court presided over by Her Honour Mrs. Christiana Cann, said such cases are becoming prevalent in society, and Institutions including the court must act.

The court said it took into consideration all the plea for mitigation before arriving at the decision.