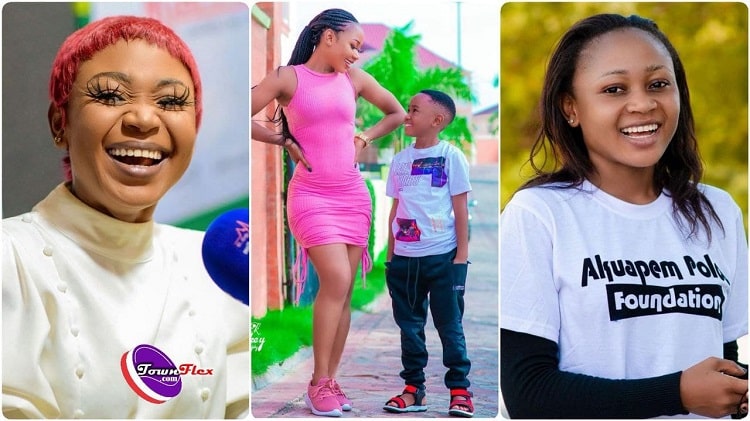 Informations gathered by Townflex has it that Ghanaian socialite, Rosemond Brown, aka Akuapem Poloo has been granted bail.

Akuapem Poloo was giving the sentence today, Friday, April 16, 2021, by an Accra circuit court to spend 90-days (3 months) in prison over naked pictures with her 7-year-old son.

While she was still remambed into police custody, her lawyer, Andrews Kudzo Vortia on Monday, April 19, 2021, filed a notice of appeal and application for bail against the actress’s custodial sentence at the same time.

The appeal was heard today Wednesday morning April 21, 2021, and the Criminal Court 2 Division of the High Court at last granted the actress bail which means she is free to go home now.

The High Court presided over by Justice Ruby Aryeetey said the applicant satisfied all four grounds of bail, pending the appeal.

She was granted the bail in the sum of GHc 80,000 with two sureties, and as it stands, she is to report to the investigator every two weeks.

Sarkodie announces the release of a new song to drop tomorrow