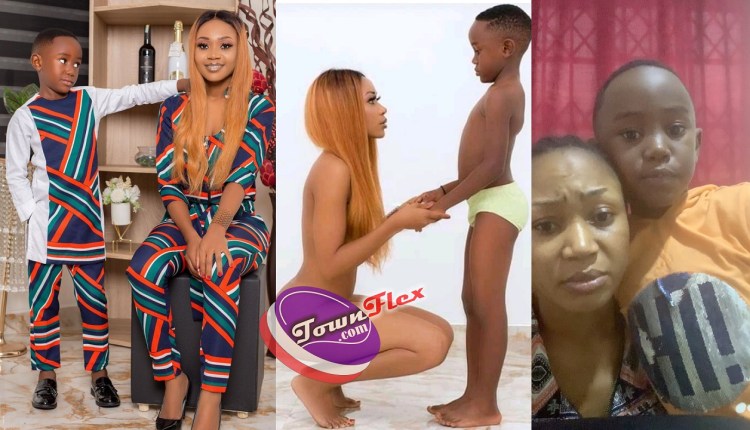 Social media personality Rosemond Brown, well known as Akuapem Poloo has been jailed, to serve 3 months in prison following her conviction on charges of publication of obscene material and domestic violence.

Akuapem Poloo back on June 30, 2020, was found guilty after she decided to post nvde photographs of herself and her seven-year-old on his birthday as a way of celebrating him.

And the reason why she decided on sharing such pic with her son was not intentional, as according to her, it was to show her son that no matter what happens, even if he sees her mad and without clothes, he should not be shy to still call his mother.

“I am naked in front of you because this is how naked I was giving birth to you, so in case you find me lying somewhere don’t pass by but see me as your mom who brought you to life.” she added to the picture.

The prosecution held that Rosemond deliberately posted the pictures on social media, so the judge in her ruling explained that she will be serving a 90-day jail term which is equal to three (3) months.

The ruling came through after the pregnancy test result came back as negative.

This is very sad news for the young boy and Akuapems mom as well as her friends and family, Some celebrities took to social media prior to the judgment to appeal to the authorities in charge to spare the social media personality but all their efforts got to nowhere.