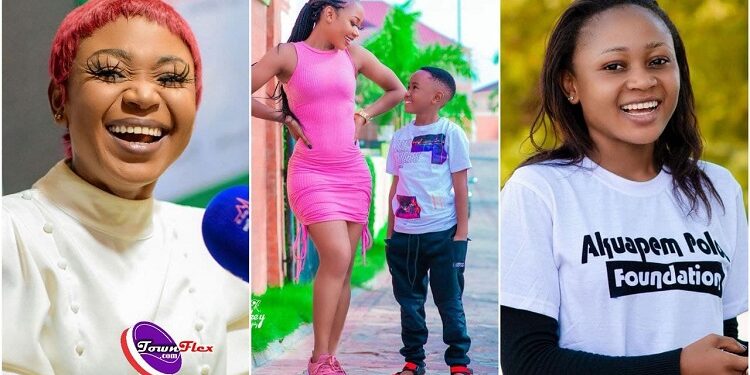 Akuapem Poloo out of prison temporarily

Rosemond Brown, popularly known as Akuapem Poloo, has regained her freedom, at least temporarily, after she fully satisfied the bail conditions as set out by the criminal division of the Accra High court.

Today, she has one last thing to do, which is to return to Nsawam Prison and sign out, then return home to be with her 7-year-old son.

According to her Lawyer, Andrew Vortia, his client has grown lean and pale and has been in very low spirits, having spent at least two days in jail.

“I could see that her spirit is still very low, she appears very slim, pale but having seen part of her family, at least by this time her spirit is getting up.”

Andrew Vortia added that the actress is amazed and grateful for all the support she has received.

“She’s amazed about the support she has received since her case came up. She realized that more people are supporting her than those not supporting her”, he noted.

Mr Vortia explained that it had taken three days to fully process her bail because of the bureaucratic processes they had to navigate to secure the freedom of Akuapem Poloo, but assured that the actress whose incarceration divided public opinion will be out before the day ends.

Attached above (featured) is a video of Poloo leaving court after fulfilling her bail conditions.