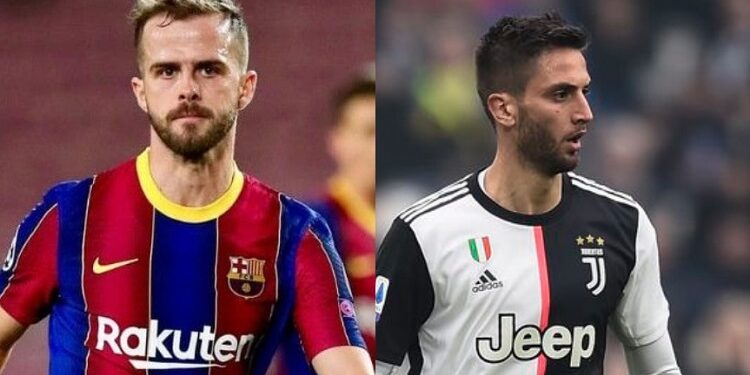 Barcelona is eyeing another swap deal with Italian giants Juventus. After the exchange of Miralem Pjanic and Arthur Melo in the last summer window, the Catalans are once again looking for a midfielder to midfielder exchange.

Although the operation is currently on hold since both sides have different primary agendas for the summer market window, there is rumoured to be space for movement, as the two clubs are looking to swap Rodrigo Bentancur and Miralem Pjanic.

Pjanic, who swapped the ‘Old Lady’ for the Blaugrana, has failed to impress in his debut season in Catalonia. Marred by a lack of game time and poor form whenever he gets minutes, the Bosnian could be on his way back to Turin as the Uruguayan midfielder arrives in Spain.

Also Read: Hector Bellerin is set to be the first of many Arsenal exits this summer as Mikel Arteta plans to Overhaul his team

Bentancur has previously been linked to Barcelona on numerous occasions, but no concrete moves were made to sign the now 23-year old. He has made 42 appearances for Juventus this season and has truly established himself as one of the Italian giants’ core squad members. The Uruguayan has even provided four assists for the Bianconeri this term.

Pjanic, on the other hand, has played a total of 1,275 minutes across 28 games for the Catalans, but is yet to register a single goal contribution.

The previous swap deal which saw Arthur move to Italy in exchange for Pjanic was a majorly shady deal, in order to balance the books which had been severely affected by Josep Maria Bartomeu and his board’s mismanagement.

This time around, however, Barcelona could actually end up getting a better deal purely due to Bentancur’s younger age. Arthur has had a distinctly average campaign with Juventus, but Barcelona have certainly drawn the short end of the straw considering Pjanic’s trajectory so far.

Government Fulfils Its Promise To Black Satelites For Winning The U20 AFCON Tournament With $5,000 For Each Player