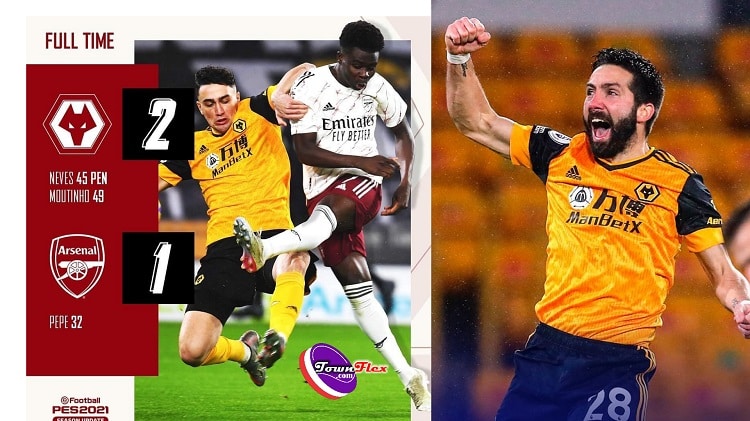 Arsenal was seconds away from going in ahead at the break, all thanks to Nicolas Pepe’s solo strike.

Joao Moutinho’s 49′ stunning goal gave Wolves’ after the restart of the second half, while goalkeeper Bernd Leno also saw red after inexcusably handling the ball outside his area.

Arteta brings Aubameyang on in an attempt to get back on level terms, with goalscorer Pepe forced to make way.

Pierre-Emerick Aubameyang had a late chance to snatch a point for Arsenal after coming on but their seven games unbeaten run came to an end as Wolves held on for a vital first victory since December 15. it ended 2-1 in favor of the host.