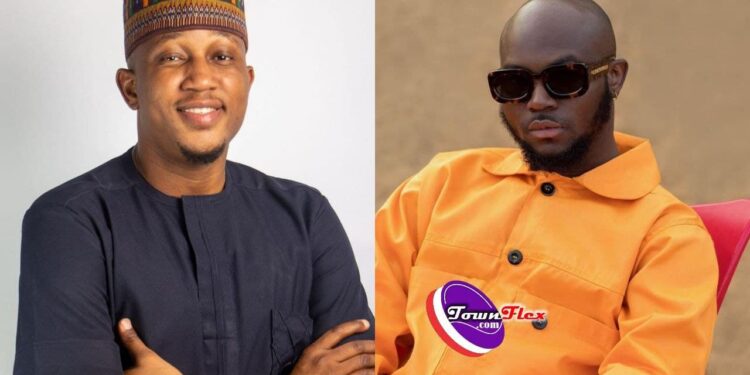 The Chief Executive Officer of 3 Music Network has blacklisted Ghanaian singer and songwriter, King Promise and his works from being aired on his network.

Baba Sadiq took to social media to publicly announce that henceforth he will no longer be involved in any dealing with the talented singer, King Promise.

According to Sadiq who is the CEO 3 Media Networks, the owners of 3 Music TV there will never be a chance where he will ever be putting singer, King Promise on any of his upcoming shows, and also revealed that from now on none of his music videos will be aired on his Television station.

The Wildaland festival, was a two-day event that started on December 26th and ended on 27th, 2021, with a host of many musical artistes in the likes of Sarkodie, R2bees, Kwabena Kwabena, Ckay, Oxlade, Joey B, Mzvee, Yaw Tog, KiDi, Kuami Eugene, Gyakie, and many others billed to perform.

According to Sadiq’s post, The Legacy Life Entertainment signed singer, King Promise, born with his legal name as Gregory Bortey Newman who was on board has disrespected him after failing to show up for his Wildaland Festival despite the agreements they had.

In his Facebook post, Baba Sadiq revealed that through Arhin and Erasmus, he has sent a message to the award-winning Ghanaian Highlife, and Afrobeats singer, as well as his management team which includes music producer, Killbeats.

And in the message, he sent according to him, whenever he ever hears from the singer trying to speak about non-support in the Ghanaian music media (industry) he will counter him by granting interviews from radio, TV stations and social media platforms to indicate the exact reason he doesn’t have the moral rights to even talk about no support in the Ghanaian music industry.

“I sent a message to him and Killbeats through Ike Otoo Arhin and Erasmus that. The day he will tweet some of the nonsense he tweets about non-support and bla bla. That day, I will move from radio station to radio station, tweet to tweet, TV to TV to indicate why he doesn’t have the moral rights to even talk about that…

“He is the only person that continues to get enablement but doesn’t enable anybody back. For starters, my channel di3 all his videos are off. There is nothing I am involved in, whether directly or remotely that will involve him.

“Maybe the awards board can choose to have him. It’s their power but personally, I am off any King Promise agenda. Ike and Erasmus can all bear witness to what they did to me in times past and in recent times. I Dey my corner these days.”

Click Here: Why I cannot do without s3x – Tonto Dikeh