Mr Mike Nyinaku, The Chief Executive Officer of The Beige Group, one of the insolvent private financial institutions, was yesterday granted GH¢352 million bail with two sureties by an Accra Circuit Court.

This followed the filing of another application for bail pending trial by his lawyer, Thaddeus Sory, after Mr. Nyinaku was remanded in custody by the court presided over by Justice Emmanuel Essandoh, a High Court judge sitting as a Circuit Court judge last Tuesday.

The accused person and some eight other persons were hauled before the court on Tuesday for allegedly stealing over GH¢340 million from The Beige Group.

See This: Shatta Wale Kneels In Public To Beg Fella Makafui To Accept Rapper Medikal Back 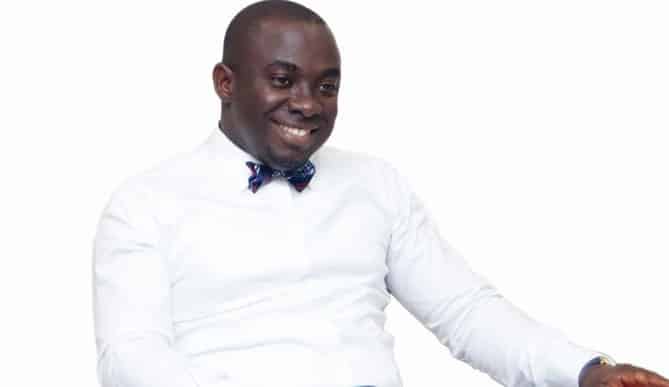 He has pleaded not guilty after being charged with two counts of stealing and money laundering.

At his maiden appearance in court on Tuesday, the court rejected an oral application for bail for him and subsequently remanded him in police custody and asked the lawyer to repeat the application at the next hearing.

Before the application was moved, the prosecution, led by ASP Emmanuel Nyamekye, told the court that Mr. Nyinaku had fallen sick and was taken to the Police Hospital in Accra where he had been admitted.

That, he said, was the reason he was not brought to court.

He told the court that the accused person had been on police enquiry bail since the commencement of investigations into his role in the banking sector scandal and had been co-operating with investigations.

The lawyer argued that the prosecution never told the trial court that the accused person was going to interfere with investigations, neither was he going to commit a crime when granted bail.

Mr. Sory added that the charges for which the accused person has been put before the court were ‘bailable’ offences and that was the reason why the prosecution did not oppose the grant of bail at the maiden appearance.

The prosecutor, ASP Nyamekye, told the court that it could not be right for anyone to think that the prosecution was not opposed to the grant of bail, but they would leave the decision to discretion of the court.

Justice Essandoh, in his ruling, then granted Mr. Nyinaku bail of GH¢352 million with two sureties, both of whom must be public servants earning not less than GH¢2,000 each.

The accused is also to deposit his passport with the court registry and also report himself to the police every Monday and Friday.

Investigations, according to the fact sheet, revealed that The Beige Group, a subsidiary entity of Beige Bank, in the latter part of 2017, had agreed with the leadership of First African Savings and Loans (FASL) to acquire 90 per cent equity shares in the savings and loans entity at a cost of $2.2 million.

The Beige Group is said to have eventually paid GH¢9 million as part payment of the equity shares intended to be purchased and the two companies agreed that a letter be sent to the Bank of Ghana to regularize the agreement.

FASL was subsequently made to open an account with The Beige Bank as a subsidiary and at the time the bank went into receivership, the FASL account with the bank was said to have an amount of GH¢12 million in it.

Investigations acceding to the facts of the case reveal that unknown to the authorities of FASL, TBG secretly opened a second account which had an outstanding balance of GH¢229 million at the time it went into receivership.

The account is said to have been opened by Susannah Philips and had suspects Vanessa Akorfa Atsu, Yvonne Philips and Yiadom Boakye Augustine, all from The Beige Group, as signatories although the account was opened in the name of FASL.

The account, according to investigations, had funds close to GH¢340.94 million in it as initial capital but some of the monies were transferred to affiliate entities of The Beige Group including Beige Capital, Beige Care, Beige Academy, Beige Assure, Beventure and some individuals.

The withdrawals are said to be at the behest of Michael Nyinaku through suspects Yvonne Nana Etruba Philips and Yiadom Boakye Augustine who co-signed the documents instructing the transfer of funds to the beneficiaries.

The facts of the case indicate that one of such requests was made to the Consolidated Bank Ghana on August 8, 2018 for the transfer of GH¢38,101,0995.89 from the FASL account into Beige Capital Asset Management Limited account.

The management of FASL was informed about the transfer and it denied having such an amount in the company’s account.

It was at that point that they realized a second account was opened in the name of FASL on the blind side of its management.