Bullet set to signe Ebony’s Look-alike on to his Rufftown Records Label as her replacement.

CEO of Rufftown Records, Ricky Nana Agyemang, well known as Bullet has unveiled a new artiste, a look-alike of the late Ebony Reigns whom he is planning on signing on to his label.

The new artiste to be signed, a female identified as LISA, who according to Bullet is his niece and she has the complete resemblance of the late Rufftown signee Ebony. 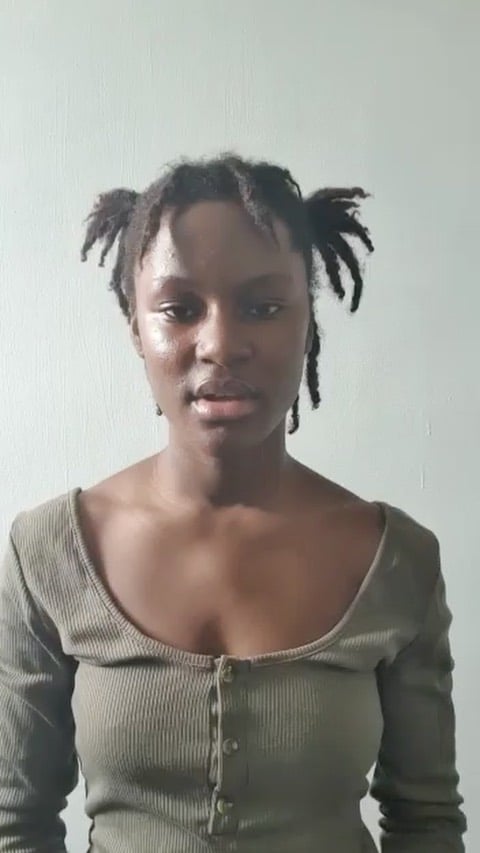 Aside having Ebony’s looks, Lisa is also a good singer and she has already won the hearts of many Ghanaians music lovers who thinks she will be the best replacement of the late singer after watching her sing in a video.

The Rufftown Records CEO on July 14 2020, shared a video of his niece singing Wendy Shay’s “Emergency” song which he captioned the post; “That’s my niece. Guys should I sign her ?”.

And just two days ago, July 24, 2020 he shared another video of Lisa singing which he captioned; “Dear lord My niece Lisa killing it”. Watch video below.

The fans after after watching the first and second videos of the incoming Rufftown signee singing concluded that she should be signed onto the label that she has what it takes and will also be a better replacement for Ebony. See Screenshots of fans reactions below. 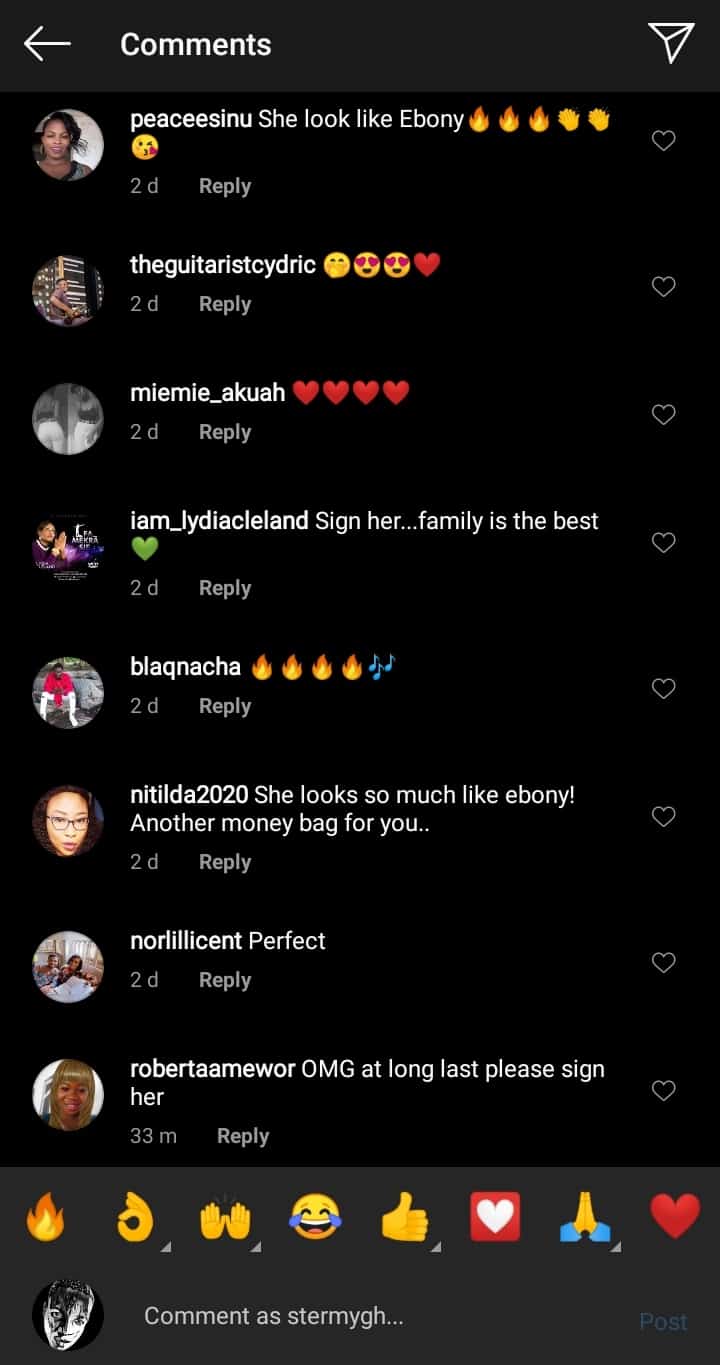 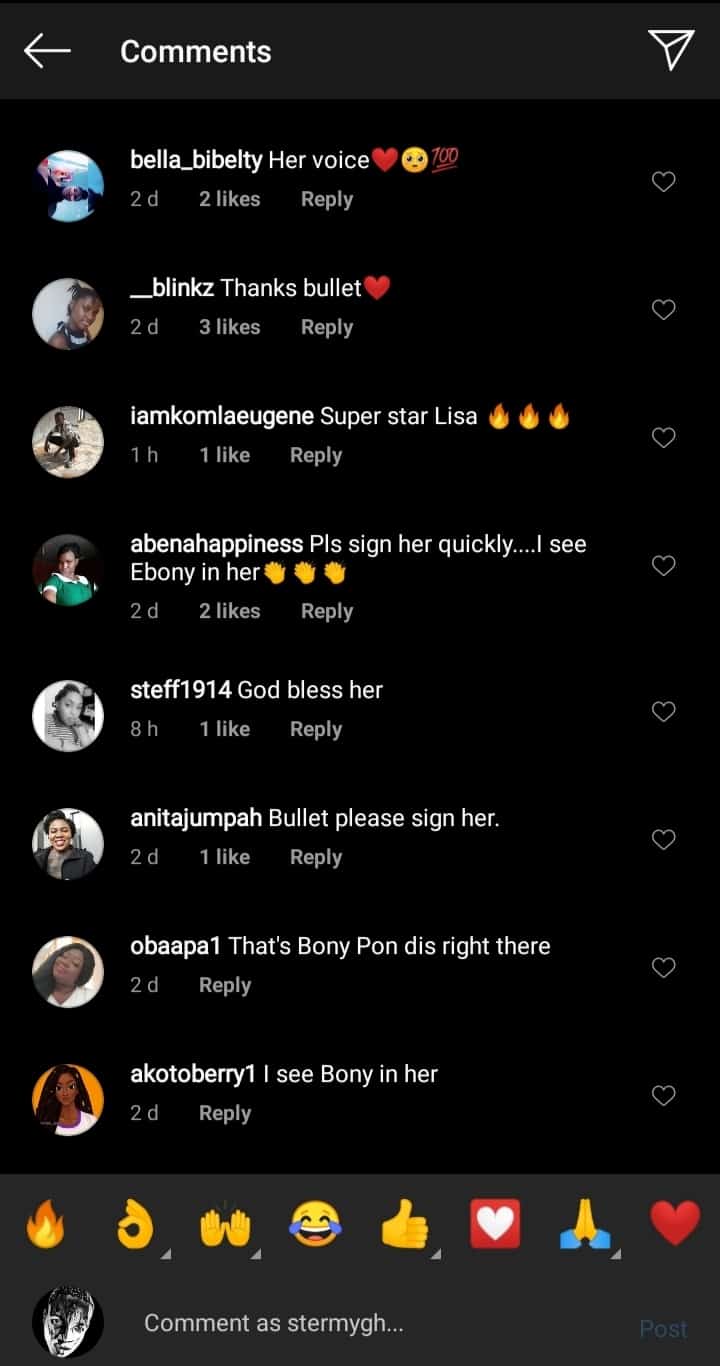 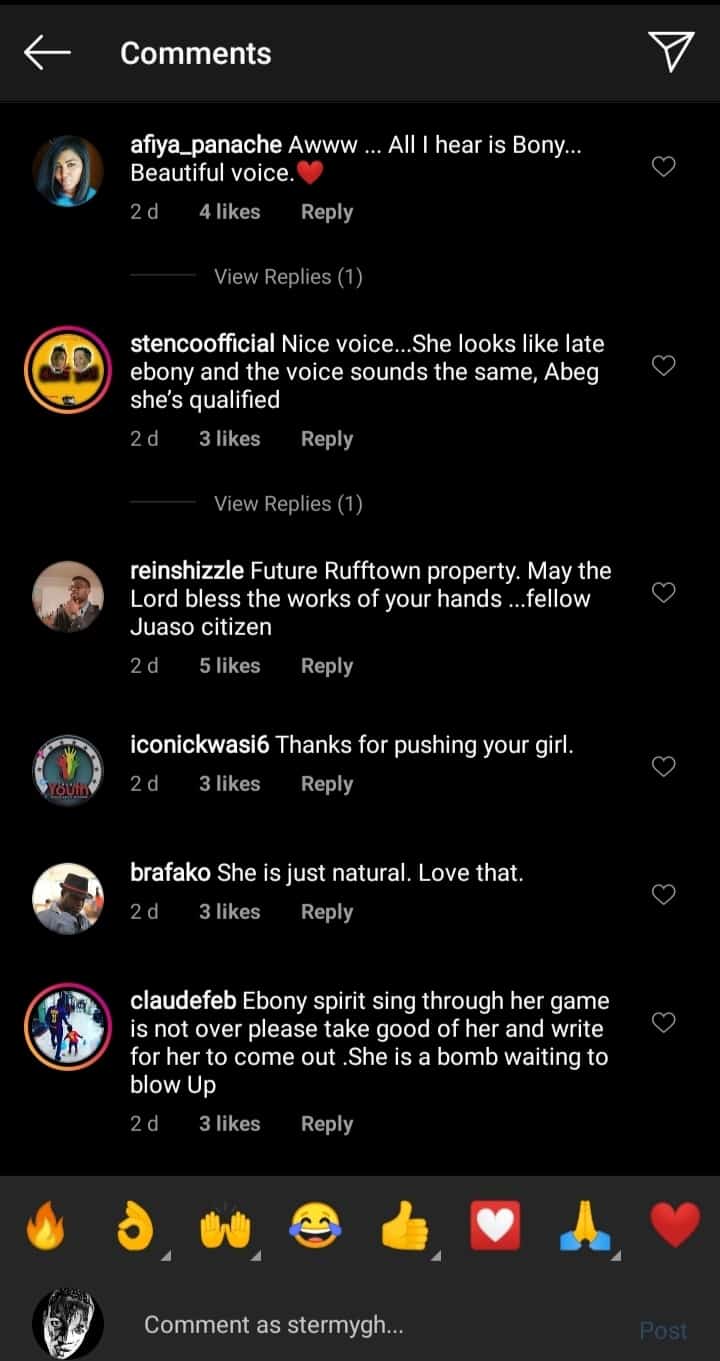 Ebony Reigns:
Priscilla Opoku-Kwarteng, known by her stage name Ebony Reigns, was a Ghanaian dancehall/Afrobeats artist known for her hit songs “Poison” and “Kupe”. She was discovered and managed by Bullet from Ruff n Smooth.

Her death took a lot of people as a big shock, she was killed instantly in a traffic collision on 8 February 2018 whilst returning from Sunyani to Accra after a visit to her mother. Her assistant and longtime friend Franklina Yaa Nkansah Kuri and soldier Atsu Vondee were also killed in the fatal accident.

Naira Marley Advises Men, “Start a business for the girl u like”

Mother And Son Affair: Regina Daniels Shares Adorable Photos “I promise To Be Your…

Queen Haizel Is Back, Still Alive Not Dead: See Photo