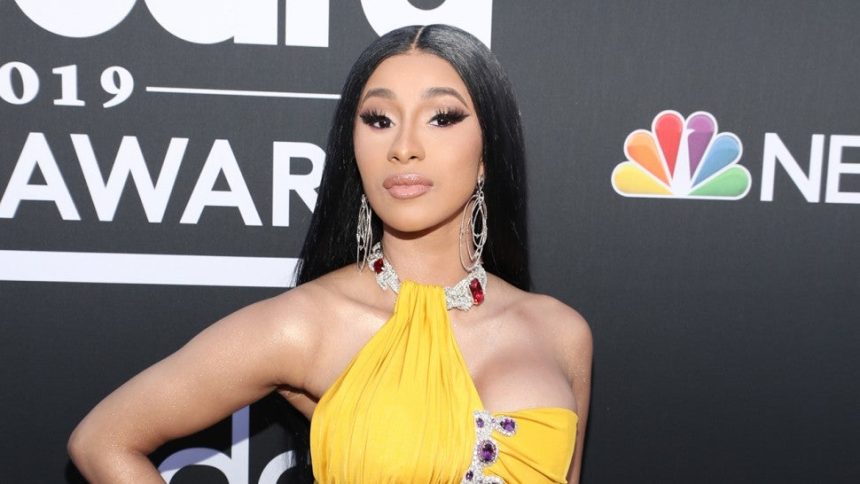 Cardi B, the Grammy award-winning rapper who has been absent from discussions about new album releases, finally speaks up, explaining why she hasn’t released any in many years.

It’s been four years since her debut studio album, the Grammy-winning ‘Invasion of Privacy,’ was released as a 13-song project in 2018, and this has left fans talking.

Giving reasons for not releasing a follow-up album, the American rapper said during an Instagram live video session that she has been dealing with a lot “I do have anxiety” she said, and that releasing a new album means she will have to go on tours, which will cause her to be separated from her children.

“I do have anxiety. I’ve been having a lot of anxiety ’cause I know right after I drop my album I have to go on tour. And I have bad separation anxiety from my kids.” Cardi revealed in an IG live session.

“When it comes to the music, I just be feeling like I don’t be liking anything. I feel like I got so many songs, I just don’t like nothing. Like nothing is good enough. I got so much f**king money saved up, I be like, ‘Yeah, whatever the f**k.’” She added.

Recently she disclosed that she made an amount of $1 million for performing at a private event for just 30 minutes, and speaking in reference to that she said “Every time I perform, something wakes up in me and I remember why I do this. Because I love this. I love to perform.

Adding again that “I used to love to make music. But now, making music to me has become a job that gives me anxiety. Everybody just critique everything that I do that it’s just like sometimes you just don’t want to do something that may give you that much anxiety. I just be freezing myself.”

Check out her IG Live below.

Cardi speaking on her album and some reasons why it hasn’t dropped yet💜 pic.twitter.com/Jix1V4v6GH