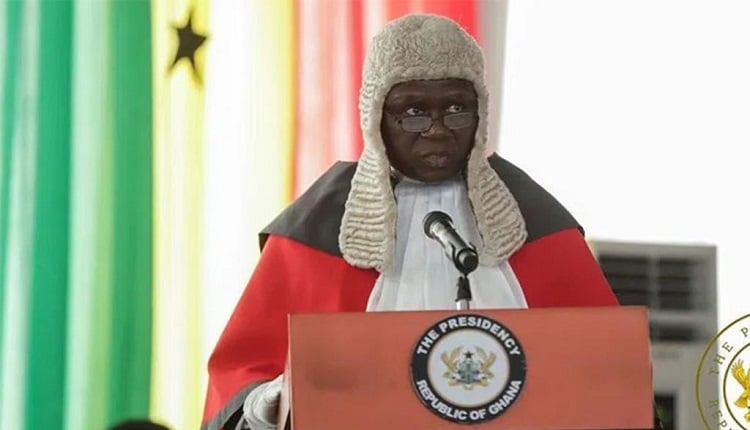 The Chief Justice of Ghana is taking steps to solicit the assistance of the Member of Parliament for Asawase, Muntaka Mubarak to establish the facts, following the allegation the lawmaker made against an unnamed justice of the Supreme Court who he claimed attempted to bribe National Democratic Congress (NDC) MP to vote for Professor Mike Oquaye during the election  of a speaker, a statement signed by Justice Cynthia Pamela Addo, Judicial Secretary on Wednesday January 13, has said.

The statement said “The Judiciary has noted with grave concern the remarks of Mohammed Mubarak Muntaka, Hon Member of Parliament for Asawase, which have been widely published in the media alleging that a Justice of the Supreme Court attempted to bribe a female Member of Parliament to vote for Professor Mike Aaron Oquaye, in the election of a Speaker of the 8th Parliament, which took place on 7th January 2021.

“The general public is hereby assured that Hon Chief Justice considers this allegation of impropriety a matter of grave importance to the integrity of the Judiciary.

“The Hon Chief Justice is therefore taking steps to solicit the assistance of Mohammed Muntaka MP, to establish the fact in order that the matter can be dealt with appropriately.”

Mr Muntaka has alleged that a justice of the Supreme Court attempted to bribe some National Democratic Congress (NDC) Members of Parliament to vote for Professor Mike Oquaye during the election of the Speaker for the 8th Parliament.

He told Joy News Sunday January 10 while discussing issues regarding the election of a speaker for the 8th Parliament that “There was one that was led by, I mean so shamefully, a Supreme Court judge [who] called a colleague lady, telling her what they will give her, she has children [and] they will take care of her children; she can take fuel from the filling station for the four years.”

He reiterated his allegation on Citi TV Monday January 11.

He said “The former Majority Leader, the Leader of Government business  over the weekend was accusing the NDC’s side that we were bribing Members on their side.

When asked whether he will be able to adduce evidence to that effect, he said ““Definitely we will provide all those things , the call that he made, the time that the call  was made  and everything is there, so it is not in doubt.

“ If it comes to the probe of all the things that happened on that day I am sure if it becomes necessary and it comes up, Obviously, it will be made known, the Member on my side who was approached is alive, she is not dead.”