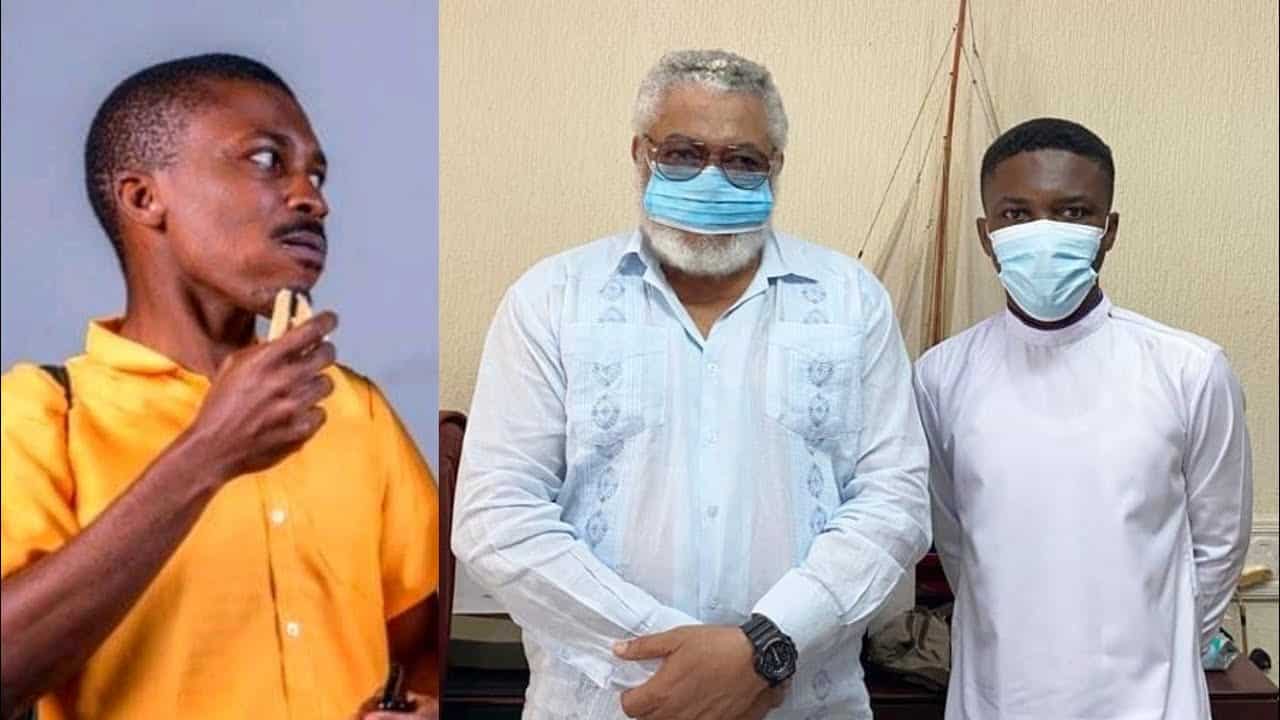 Ghanaian comic actor Clemento Suarez says the family of the late Former Presiden, Jerry John Rawlings has asked him not to imitate him for now as they mourn.

Born with the legal name “Clement Ashiteye” Clemento Suarez who just got married some weeks back happens to be one of the few Ghanaians we have, and also as a celebrity who is very good at imitating people, taking over completely the voice and the entire manners of the people and putting it into action.

And as you already know, the late former President Jerry John Rawlings according to the actor, was his hero from childhood days, and he is one of the people Clement is good at imitating.

Check out the video below as he finally met J.J, his childhood hero, and cracked some jokes to get him to start pouring laughs..

Clemento on Saturday, November 14th, 2020. revealed to the host of the United Showbiz Show, Nana Ama Mcbrown on UTV that, the family of the late former president has contacted him to ask him not to imitate him as they mourn until he is buried. They asked to respect him respect the dead and more to his personality as the former president.

“I was called by ex-president Rawlings’ family to stop imitating him from now until he is buried. I was told to respect the dead and more so his personality as the former president,” – he said.

Clemento Suarez appeared to pull up a big surprise on the show without an invitation, he disguised himself to present an award to Nana Ama Mcbrown, and Teacher Kojo.

Clemento, who was a guest on the show was asked by Nana Ama McBrown to mention one thing he would miss about Rawlings and asked him to imitate the former president.

His revelation of what the family told him came after the Host, asked him to mention one thing he would miss about Rawlings and asked him to imitate the former president.

He responded saying he cannot do that because he was cautioned again imitating him for now. He described former President Rawlings as a great man who was selfless and would go to the extent of getting what he wanted so far as it would be to the benefit of Ghana.

He is survived by his wife, former First Lady Nana Konadu Agyeman Rawlings and his children Zanetor, Yaa Asantewaa, Amina and Kimathi.