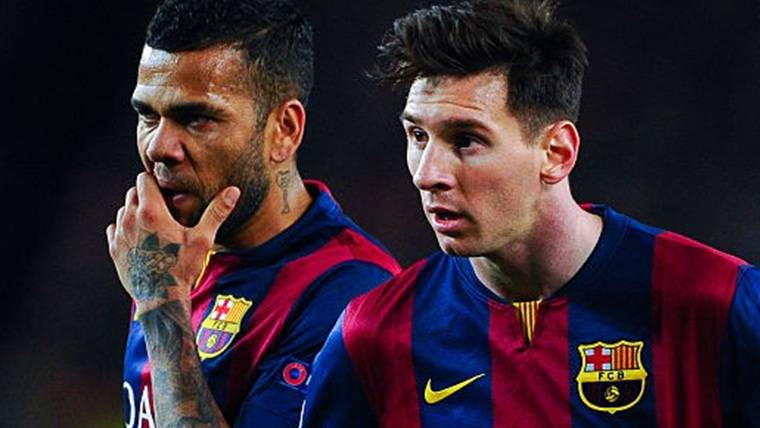 “I have said to Messi several times that he was born to be a Barcelona player and Barcelona were born to be his club,” Alves told the Guardian.

“He has given me advice before so I can do the same to him. Once he told me to stay in Barcelona because there wasn’t any place that was better. ‘Where will you be happier?’ he asked me. So I stayed.

“Now I have reminded him of that conversation and that a good friend (Messi) advised me that Barcelona is the best place ever.

“I haven’t had an answer from him yet, but when you leave Barcelona you realise how good it is.

“All the players, and I mean everyone, who has left Barcelona have been sorry. All of them regret leaving, irrespective of the reason.

“When I left the club, I just wanted to show my value to get back. But, unfortunately, the same people, who were against me when I was at the club, stayed there. I showed that I was able to play for Barcelona for another 10 years.

“Can I be sincere? I regret it. Not that I choose PSG, not at all. I am not sorry for playing for PSG, of course I am not. My time in France was incredible.

“But it was my fault it didn’t work out with Manchester City. The deal was all okay, but I had some personal problems and had to change my plans.

“I don’t like to fail people and especially not those who believed me, trusted in me and helped me become who I am today. I have already said sorry to him [Pep Guardiola]. I failed. But I am a human being and I make mistakes.”