A Melodrama was unveiled as the Majority leader of the house of representative called the deputy minority leader “Messenger Of Doom” during a debate to a notion.

This was to conduct an enquiry on Nigerian Railway Corporation (NRC) over the event of fuel shortage that disrupted Ibadan-Lagos train.

Hon. Ado Doguwa, who is the majority leader of the house propelled the drama when the minority Leader of the House, Hon. Ndudi Elumelu, Delta State, PDP, moved a motion expressing sadness over the ineffectiveness of NRC. The deputy said that the the commission is over 112 years old yet have not been able to meet the standard of the railway transport of the country.

“In recent times, there have been series of media reports of how passenger trains breakdown in the middle of nowhere for lack of maintenance thereby subjecting commuters to possible attacks by hoodlums and armed robbers who can brutalize, maim and cart away hard-earned monies and goods of innocent Nigerians.”

“The sad episode of Thursday 11th, March 2022, where a train conveying passengers and goods from Lagos to Ibadan came to a halt midway due to insufficient fuel, once again endangering the lives of innocent Nigerian travellers on the trip.”

“A train to leave the station with insufficient fuel only to get stuck midway into the journey with traumatised and stranded passengers, is a huge national embarrassment which not only makes our nation a laughing stock in the eyes of the international community but a complete system failure.”

The Deputy Speaker also countered claims made by the MD of NRC, Fidelis Okhiria and insisted that if proper care is not taken, the commission might put lives of Nigerians at risk.

However, Okechukwu reacted in support of the motion by opining that extra lives may be at risk in the future if something is not done about it.

Reacting to the statement, the House Leader, Doguwa said that the motion was plain, simple and investigative in nature.

He said “I disagree with you, Doguwa. What I know is that infrastructural motions are not debated. But we debate investigative motions in this House all the time. The fact that the mover of the motion said it’s straightforward that’s his own opinion.

To other people in the house, it may not be straightforward. There might be other people that want to oppose the motion. So, if we lay precedence that somebody brings an investigative motion and you say it’s straightforward then exclude others from speaking then it’s dangerous precedence.”

Doguwa reacted and maintained his notion, describing Elumelu as a messenger of doom. 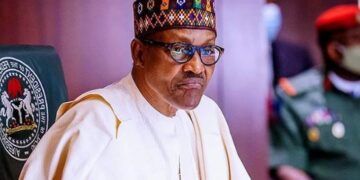