Ennwai officially outdoors the tracklist for his upcoming Rebirth Album scheduled for launch on March 6th 2019. An album proudly Presented by Eastern Records in partnership with Lordash Production.

This album marks the first Solo album of the musician after split from the musical duo “Dobble” some few years back.

The singer/entertainer has been relevant in the Ghanaian music scene putting more efforts into producing more hit songs including BMW, Precious Cassava, Cuddle Me among other.

How Many Songs Are On It?

The Rebirth album is a 23-track album which includes your favourite bangers and features lots of Ghanian artistes all stared below. 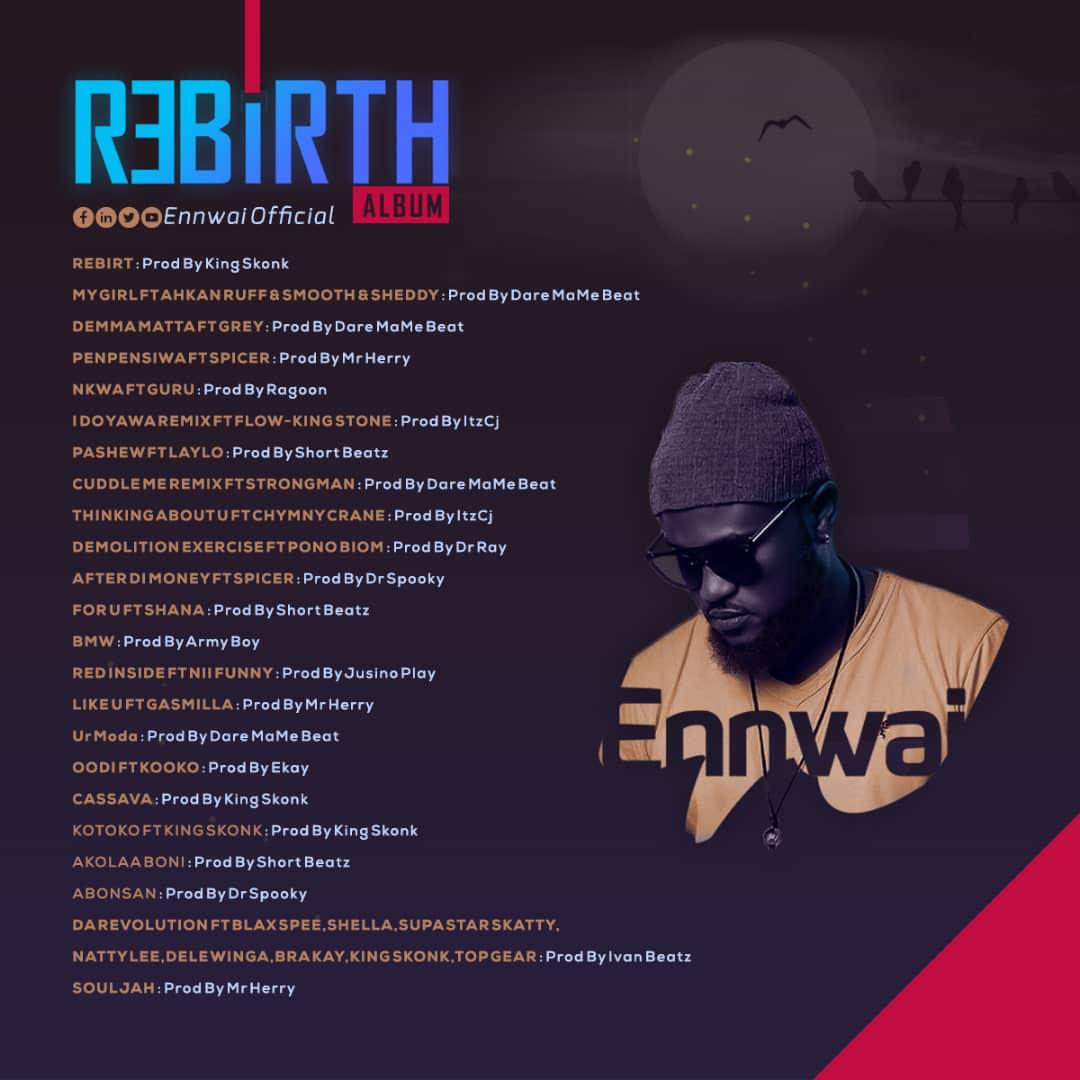 How Many Artistes Featured?

The 23-track Rebirth Album features a full army of 22 hardworking artistes which includes your favourite musicians sighted below.

The Cassava hit maker Ennwai in an interaction with Townflex.com stated clear that the venue for the album launch will be voiced out hopefully next week. Watch out.

So just stay put and watch out for more as we will be bringing you all juicy updates regarding the release of the album.

Big Shouts to these twelve gifted music producers who worked tirelessly to add the perfect touch and make the song enjoyable.

Our Government Stable, Why is BJP Hiding its MLAs, Asks Kharge