Check Out Euro 2020 Finals and Award Winners with Prize Money $ 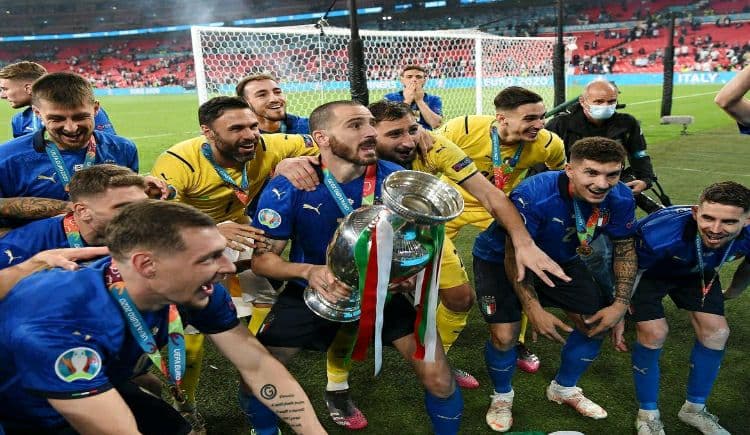 England and Italy battled against each other on Sunday night in the European Championship final.

Italy continued their 34-match unbeaten run as they beat England in the final of Uefa European Championship 2020 which went into a penalty shootout after a 1-1 scoreline at the Wembley Stadium in London.

England took the lead with Kieran Trippier’s cross to Luke Shaw who strikes past Donnarumma in the 2nd minute, the quickest ever goal in an Euro final.

The game headed to penalty shoot-out after 1-1 scoreline at the end of 90mins and Extra time.