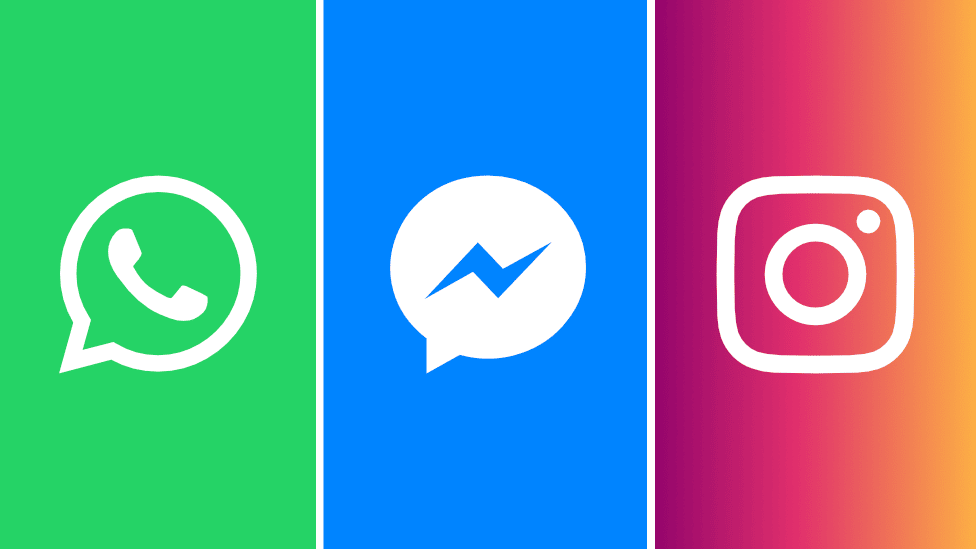 While all three will remain stand-alone apps, at a much deeper level they will be linked so messages can travel between the different services.

Facebook told the BBC it was at the start of a “long process”.

The plan was first reported in the New York Times and is believed to be a personal project of Facebook f Mark Zuckerberg.

Once complete, the merger would mean that a Facebook user could communicate directly with someone who only has a WhatsApp account. This is currently impossible as the applications have no common core.

The work to merge the three elements has already begun, reported the NYT, and is expected to be completed by the end of 2019 or early next year

. Facebook probably didn’t want to talk about this in the middle of a privacy scandal, but its hand was forced by insiders talking to the New York Times.

Until now, WhatsApp, Instagram and Messenger have been run as separate and competing products.

Integrating the messaging parts might simplify Facebook’s work. It wouldn’t need to develop competing versions of new features, such as Stories, which all three apps have added with inconsistent results.

Cross-platform messaging may also lead the way for businesses on one platform to message potential customers on another.

But bigger still: it makes Facebook’s suite of apps a much tighter, interwoven collection of services. That could make the key parts of Facebook’s empire more difficult to break up and spin off, if governments and regulators decide that is necessary.

Mr Zuckerberg is reportedly pushing the integration plan to make its trinity of services more useful and increase the amount of time people spend on them.

By effectively joining all its users into one massive group Facebook could compete more effectively with Google’s messaging services and Apple’s iMessage, suggested Makena Kellyon tech news site The Verge.

“We want to build the best messaging experiences we can; and people want messaging to be fast, simple, reliable and private,” said Facebook in a statement.

“We’re working on making more of our messaging products end-to-end encrypted and considering ways to make it easier to reach friends and family across networks,” it added.

The statement said there was a lot of “discussion and debate” about how the system would eventually work.

Linking the three systems marks a significant change at Facebook as before now it has let Instagram and WhatsApp operate as largely independent companies.

The NYT claimed that Mr Zuckerberg’s championing of the plan to connect the messaging system had caused “internal strife”. It was part of the reason that the founders of both Instagram and WhatsApp left last year.

The decision comes as Facebook faces repeated investigations and criticisms over the way it has handled and safeguarded user data.

Comprehensively linking user data at a fundamental level may prompt regulators to take another look at its data handling practices.