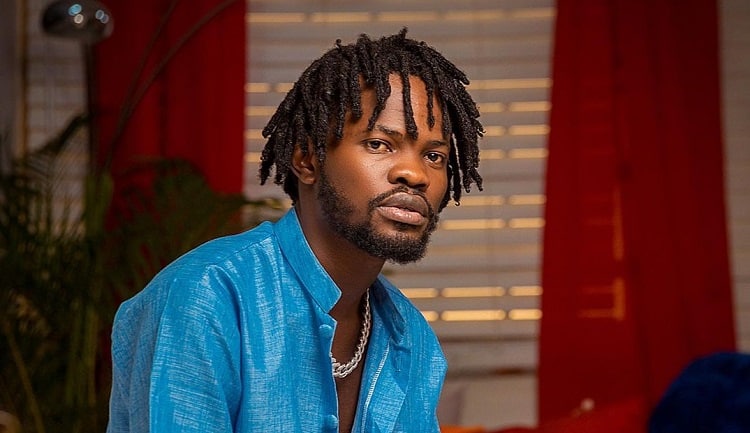 Ghanaian singer and rapper Fameye explains in a new video why he deserves to win Artiste Of The Year in the upcoming 3Music Awards 2021.

The organizers of the award on Friday night, February 12, 2021, released the complete list of nominees for this year’s edition of the annual 3Music Awards which can be seen here.

And in the most important category, the “Artiste Of The Year” spot which happens to be the category that really matters a lot to fans of various artistes out there, as it determines who the best and hardworking act is in the giving timeframe will be a tough one.

This year, 8 hardworking Ghanaian acts made the list, made up of two(2) female acts and six(6) male acts, and they are; Kuami Eugene, Adina, Stonebwoy, Diana Hamilton, Sarkodie, Medikal, Kidi, and Fameye.

Highlife singer Fameye, born with the legal name Peter Famiyeh Bozah in a recent interview told Zionfelix that his nomination makes him feel he is really putting in more effort when asked how he feels after seeing his name in the Artiste Of The Year category.

According to him, he believes he has worked hard enough to secure himself a win in the AOTY Category.

He also added that he has done many features that topped a lot of charts and got in the trends, as well as the performances of his songs on all digital platforms, are all evidence to his hardworking effort.

Fameye continued by saying even though the category is a tough one looking at the likes of acts he is competing with, he feels he is going to be crowned the winner because he deserves it, he gave his fans back to back hit songs and the other acts come nowhere close to him.