The total number of confirmed Coronavirus (COVID-19) cases recorded in Ghana has now hit the thousands.

As of Sunday evening, April 19th, at 11:50 PM, the case count of persons who tested positive for the disease has jumped from 834 to 1042, which is currently the total number as 208 new cases have been recorded.

The Ghana Health Service is continuing with the supervision of the completion of a backlog of laboratory samples which have been picked for testing for COVID-19.

Total samples tested so far now stands at 68,591 with 1.52 % testing positive. The results of these backlog of samples when released does not mean the number of new cases recorded on the day of the report.

So Ghana now has recorded total of 1042 cases of which we have 9 deaths, 99 persons recovered. See full details below. 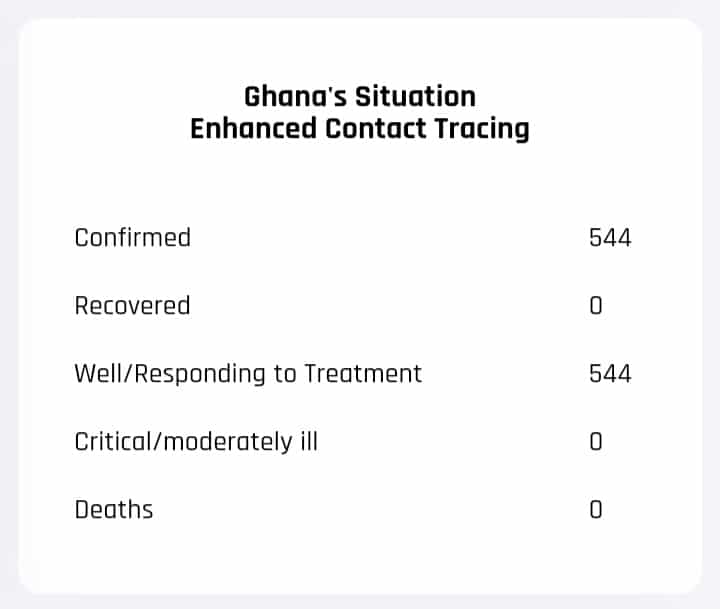 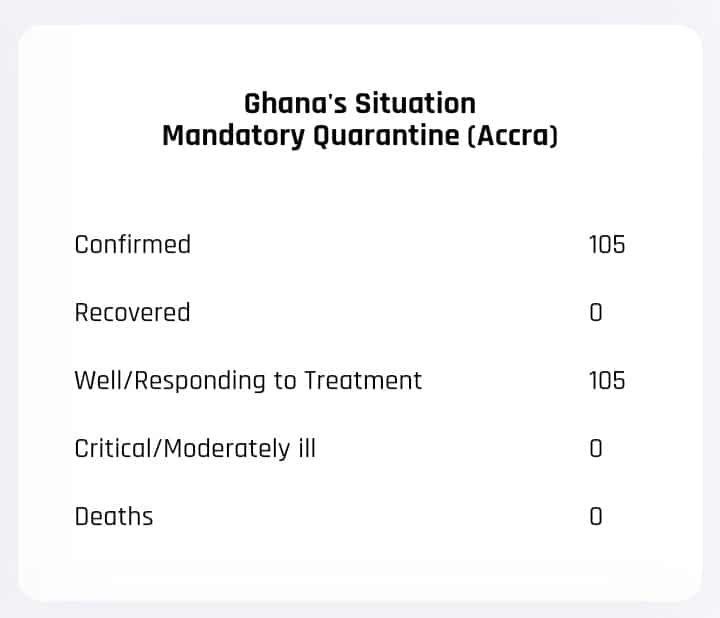 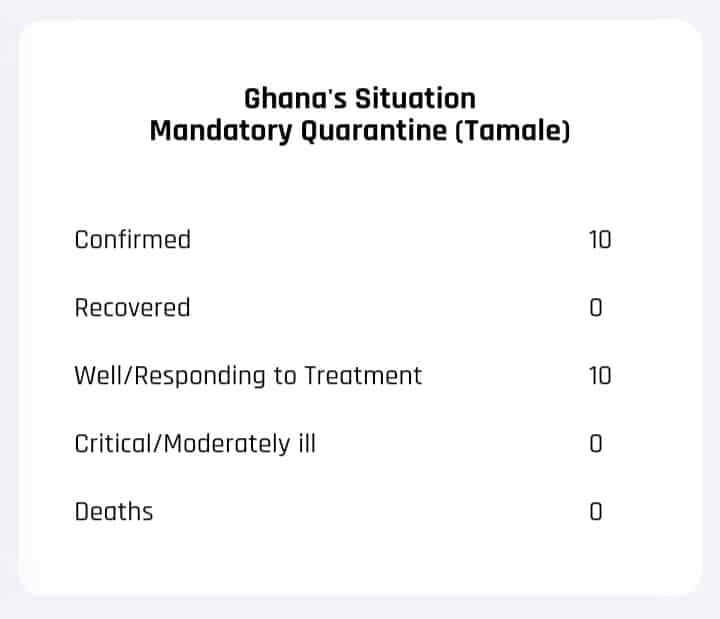 In other news, President Akufo-Addo Lifts Partial Lockdown Imposed On Accra, Tema, Kasoa and Kumasi. Starting from Monday 20th April 2020, restrictions on movements within the above mentioned places have been reviewed and called off.

Loading...
Corona VirusCoronavirus
951 951
Subscribe to our newsletter
Sign up here to get the latest news, updates and special offers delivered directly to your inbox.
You can unsubscribe at any time

Instrumental: Kofi Kinaata — Behind The Scenes (Prod. By Beatz Fada)