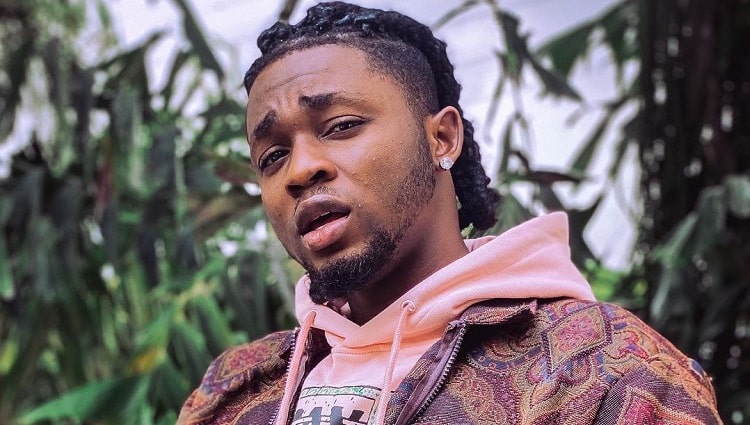 Omah Lay is currently trending with his appraisal post on Twitter, as his post landed him in the hands of critics who feel he is ungrateful to Davido.

According to most of the fans who commented to his post bashed him for choosing Burna Boy and Wizkid over Davido, the only artiste who stood up for him while he got arrested back in Uganda some months ago.

Omah Lay took to his official Twitter page where he shared photos of the duo with a caption stating that both singers are the wallpapers of his phone. 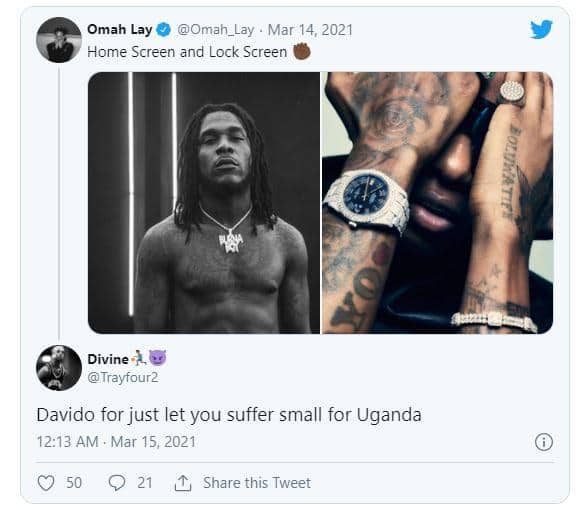 “No disrespect Omah Lay, u are still an upcoming artiste in the music industry so u should be careful how u trend; Don’t pick sides, congratulate all Grammy winners cos that’s the right thing to do. U don’t know tomorrow, the artistes u are snubb!ng may be ur destiny helpers… 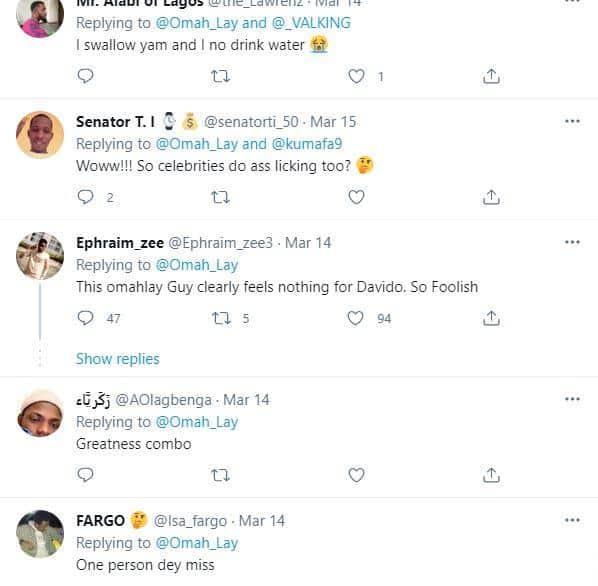 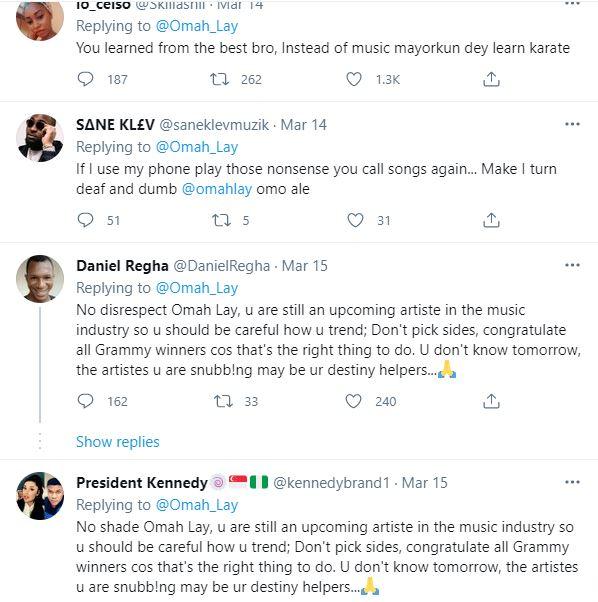 In other news, Omah Lay has been featured on the remix version of Ghanaian singer, Gyakie‘s Forever Song, which released yesterday, Friday, March 19, 2021, Click Here To Listen.