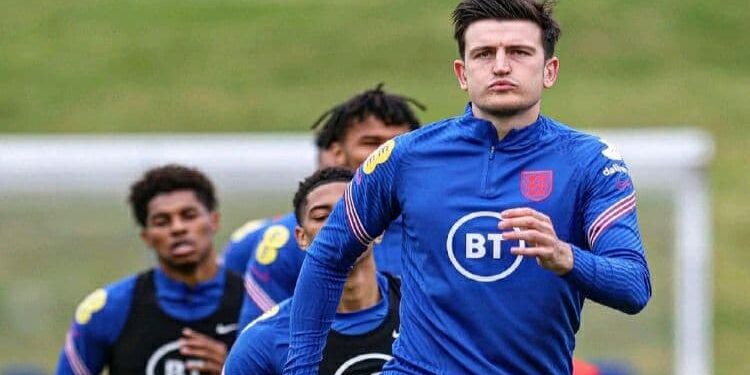 Harry Maguire was seen training with his team-mates

Harry Maguire arrived at England camp a week off after the Europa League Final with his United team mates.

Harry Maguire suffered ankle ligament damage against Aston Villa on May 9 after Anwar El Ghazi landed on him.

The 28 year old United Captain was missing in action for the rest of the season, including Europa League final loss to Villarreal.

Manchester United Captain has made steadfast progress and worked a lot away from the team to get him back to fitness.

Harry Maguire was seen training with his team-mates during an open session on Thursday which all 26 players took part.

England boss Gareth Southgate said it would be a “bonus” for him to be involved at the Euros.

Harry Maguire on his twitter page “ Felt good to be back out there with the lads,”

“I would prefer to leave Nigeria than permit Nkechi Blessing kiss me on any film set”- Actor, Uche Maduagwu