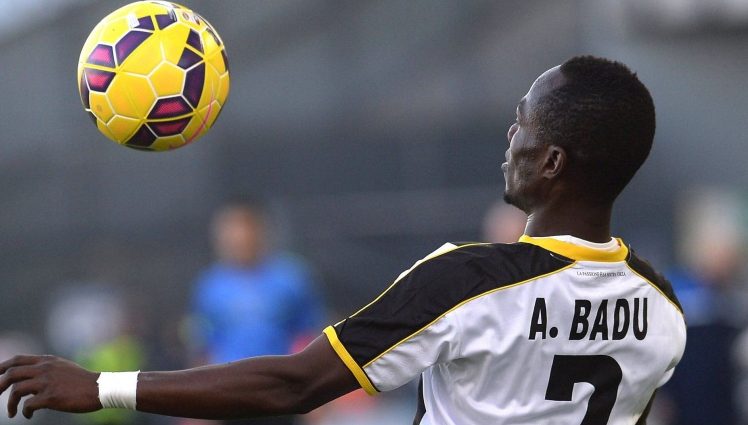 Emmanuel Agyemang Badu, a former member of the Black Stars, has stated emphatically that he is not yet prepared to rejoin the team.

It is no brainer that the Ghana Black stars are currently preparing intensively for the November 2022 FIFA World Cup, which will be held in Qatar.

Agyemang Badu, who has been actively competing in the Ghana Premier League and Accra Great Olympics, has announced that he will not be returning to the Black Stars or the November World Cup.

The Former Black Stars stated during an exclusive eSport Summit held in Accra on Wednesday that:

I am not ready for the Black Stars or the upcoming World Cup. I just want to enjoy my football with Great Olympics and not to have another chance with the Black Stars,”

Additionally, Badu has stated that he would give the national team all the assistance they require to break records even though he would not be playing for them.

See Also: It will be illogical for the Government to restrict unregistered SIM cards: Chamber of Telecos

Meanwhile, he has asked the current Ghana Football Association (GFA) management to take action to make sure that players were at ease and eager to give their all for the country.

In my case, for 15 years in my career, all the injuries and scars I had were with the national team but yet always received treatments with my clubs or myself,” Badu iterated

He went ahead to emphasize that:

“We have a huge passion for the nation and such things would go a long way to help players give their best to the nation.”

“Communication between players, management, and the GFA must improve to ensure players were satisfied and ready to play to win laurels for the country.”