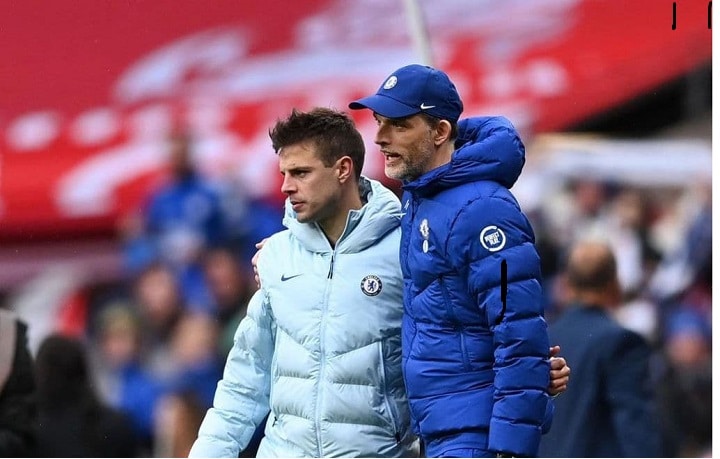 Chelsea suffered a crushing defeat at the hands of Leicester City in the FA Cup final on Saturday. Blues fans at Wembley Stadium made a somber return to the stadiums as Youri Tielemans’ wonder strike proved decisive.

The west Londoners traveled the short distance home to Stamford Bridge empty handed after losing 1-0 on the day. Chelsea’s defeat was the Blues’ second in a row in the FA Cup final and their third loss in the last five years.

Much like the Arsenal match midweek, there was a lot that went wrong for Chelsea. Ayoze Perez’s handball leading up to Tielemans’ goal was not reviewed and the Blues’ equalizer in the match’s dying moments was ruled out due to a questionable offsides call. Regardless, the experienced side did not play well enough to win and Thomas Tuchel must be the one to shoulder the blame.

Is Tuchel’s team selection—specifically the reason why Chelsea lost their match? Others think his decision to bench Christian Pulisic once again and also to leaving Abraham out of the squad may have cost Chelsea a trophy.

In a game where the Blues needed a strong attack, Abraham was left to spectate at the expense of Olivier Giroud—who has been a complete non-factor for months—and a second left back on the bench.

The main problems many had was Tuchel’s hypocritical reasoning behind some of the selections. The manager opted to start Kepa Arrizabalaga in goal as a result of getting the Blues to the final in the first place. Only a select few had an issue with that before kick-off.

Arrizabalaga could have perhaps done better to prevent Tielemans’ strike, but in the end, he played well. The issue is the attack. Tuchel opted to leave Tammy Abraham out of the matchday squad completely. While this would be any normal day throughout the rest of Tuchel’s tenure, the FA Cup final is a different animal altogether.

Abraham is the Blues’ top scorer both overall and in the FA Cup. He’s large in part the reason Chelsea was in Saturday’s final to begin with, so leaving him out is simply disrespectful. It also proved to be ignorant.

Abraham is the Blues’ best out-and-out No. 9 and he makes those around him better. If Arrizabalaga deserved a place between the sticks (which he did), Abraham at the very least earned a spot on the bench.

The attention now turns to the final three matches of the season. Chelsea has made life awfully difficult by dropping a final and an important game in the race for the top four. Will Abraham play a part in the most decisive stretch of the season? If not, it may come back to haunt Tuchel.