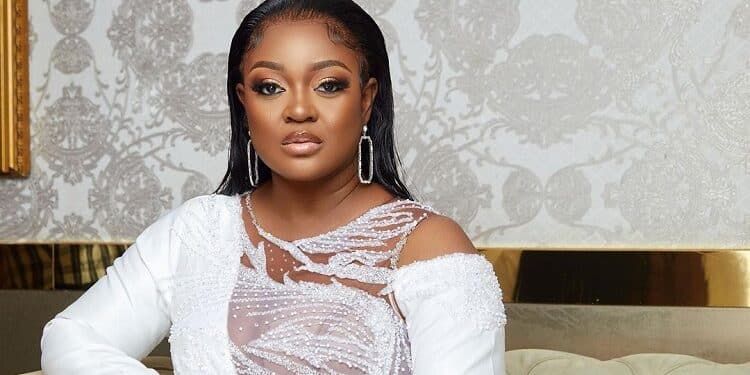 The beautiful actress took to her official and verified Instagram page where she made a series of posts sharing adorable photographs of herself looking pretty.

Jackie Appiah in one of her posts wrote saying she is not just a year old today, but also a year better as she wished herself a happy birthday.

she again in another post thanked God almighty for how far he has brought her adding another year to her days of life.

I am not just a year older but also a year better and happier. Happy birthday to me

It’s another 365 days of my life to give thanks to God for He has brought me this far. Happy birthday to myself

I wish I could scream to show how happy I am today because it’s my birthday.

Jackie Appiah Birthday Pictures: Happy birthday to her, Check Out the photos below;

Friends, fans, colleagues of the actress as well as some industry persons have also taken to their respective social media handles to celebrate the award-winning actress by sharing photos and memories of her.

In another news, Ghanaian dancehall recording artiste, Shatta Wale has announced that his ride-hailing service “Shaxi”  will officially be launched on December 8th 2021.

Recall that back in July 2021, the dancehall artiste born with his legal name as Charles Nii Armah Mensah took to his official Instagram, Twitter and Facebook accounts where he made the announcement of establishing his own ride-hailing service just like the likes of Yango, Uber etc.

Well, the time has come now for the business to be launched so drivers who are complaining using other services saying they are not being paid or treated well can benefit from wale’s Shaxi.

Shatta Wale on Saturday, December 4th, announced via social media that his Taxi business, “Shaxi” will be launched officially on Wednesday, 8th of December 2021. Click Here To Read More.