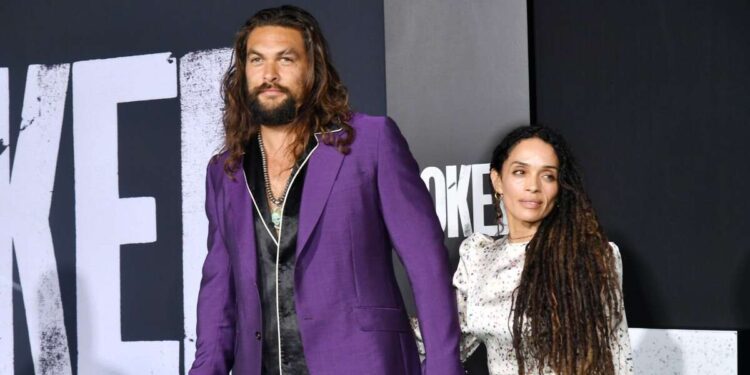 Jason Momoa, the Aquaman actor and his lovely wife, Lisa Bonet are splitting after four years of marriage.

After 16 years of being together and knowing eachother and married for just four years now, the couple Jason Momoa, 42, and his wife, Lisa Bonet, 54, have finally announced that they are no longer together as they part ways.

The Aquaman actor took to his official Instagram page on Wednesday, January 12, 2021, where he released a joint statement announcing that himself and his wife are parting ways.

The former couple began their relationship back in 2005, and got married officially in 2017, the two had two beautiful children together, their daughter Lola, 14, and son Nakoa-Wolf, 13.

According to the joint statement released by The Game Of Thrones star, Jason, and the Cosby Show actress, Bonet, a revolution is unfolding and that their family is no eception.

The couple explained in their statement that they weren’t announcing their separation ‘because we think it’s newsworthy, but so that as we go about our lives we may do so with dignity and honesty.’

“And so. We share our Family news. That we are parting ways in marriage. We share this not because we think it’s newsworthy ~

“But so that~ as we go about our lives we may do so with dignity and honesty.

“The love between us carries on, evolving in ways it wishes to be known and lived. We free each other ~to be who we are learning to become.

“Our devotion unwavering to this sacred life & our Children