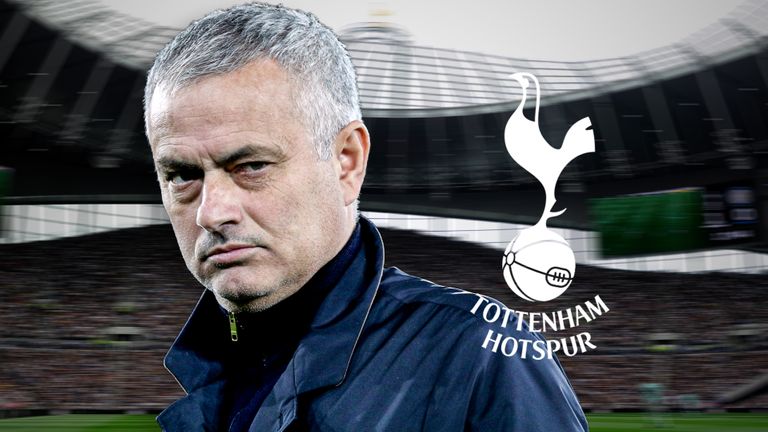 Tottenham drew 3-3 against LASK to secure their place in knockout stages of the Europa League; Jose Mourinho says he expects Harry Kane to be fit to face Arsenal; Watch Tottenham vs Arsenal live on Sky Sports Premier League from 4pm on Sunday.

Tottenham manager Jose Mourinho accused some of his players of lacking motivation after they struggled to a 3-3 draw away to LASK in the Europa League.

A point was all Spurs needed to seal their qualification into the last 32 and while goals from Gareth Bale, Heung-Min Son and Dele Alli secured progress with a game to spare, the visitors were not at their best in Austria.

LASK dominated the first half and caused problems throughout, with the away side’s back-up goalkeeper Joe Hart at fault for two of the goals.

Asked what he learnt at the Linzer Stadion, Mourinho insisted: “Nothing new really.

“The fact that the Europa League group phase doesn’t motivate some of the players, I knew it.

“That some players are fundamental for us and I always need on the pitch in any circumstance, a couple of these players to give a little bit of balance to the team.

“As an example, (Pierre-Emile) Hojbjerg and Sonny, without them I don’t think we would have a positive result. Nothing really that I learn. The players know and I share my feelings with them, I am normally right.

“When I saw the warm-up before the game I had a feeling and I told the players before the game that there was a huge difference in intensity, communication and enthusiasm in their warm-up and our warm-up because I was looking at both. Nothing surprises me.”

Kane ‘not in big trouble’

Mourinho provided a positive update on Harry Kane, revealing that the striker is “not in big trouble” and should be fit to face Arsenal in the Premier League on Sunday.

Mourinho revealed on Wednesday that the England captain would miss Thursday’s trip to Austria with an unconfirmed issue, and that the striker had “a chance” of being fit for the north London derby.

“I believe he is going to be fit,” Mourinho said in his post-match press conference. 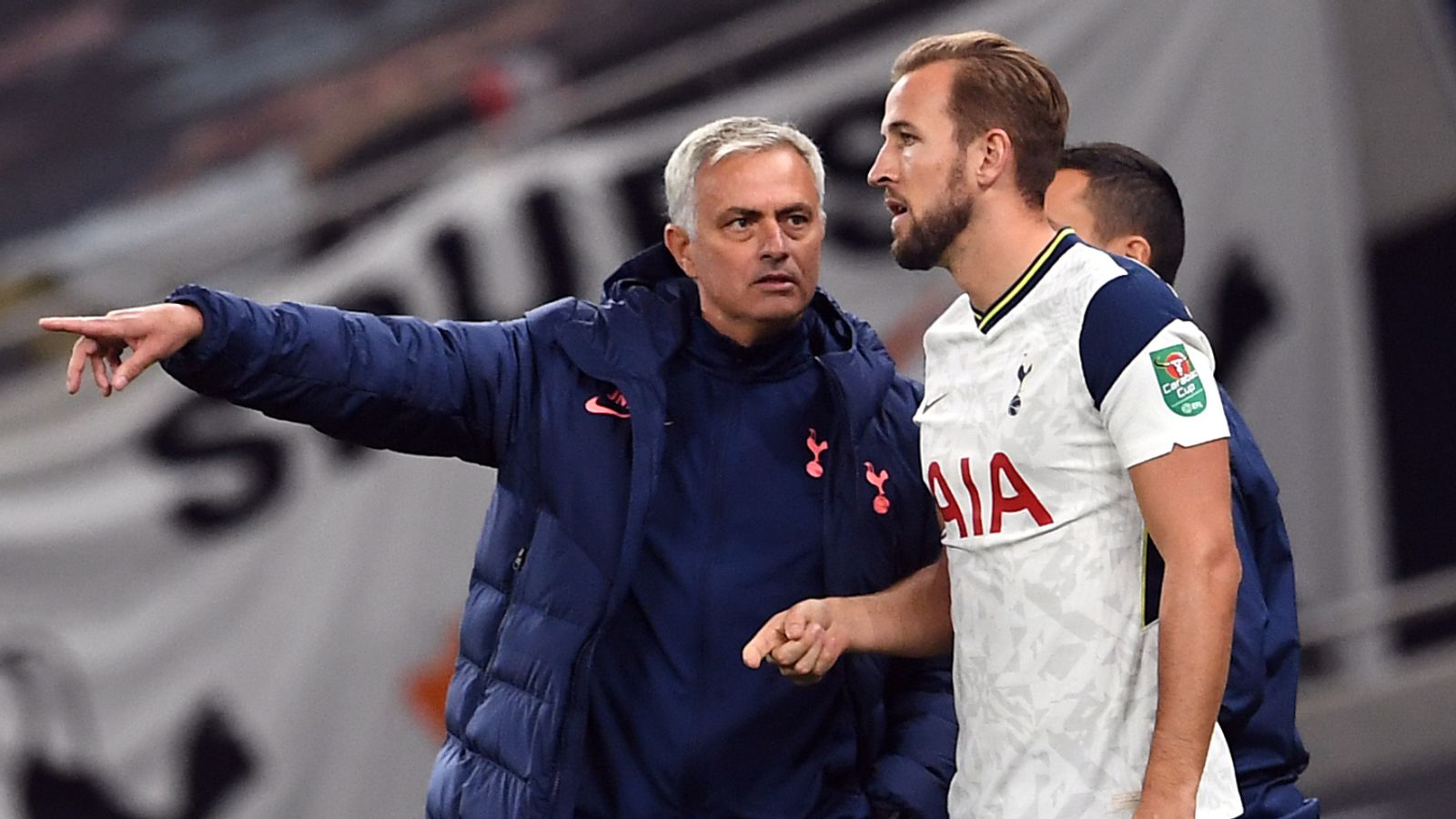 Tottenham go into the weekend at the top of the Premier League table having gone unbeaten since the opening day of the season, with Kane’s form a crucial factor in their success.

Spurs earned a hard-fought point in a goalless draw at in-form Chelsea last weekend, but will expect their forwards to have more opportunity against an Arsenal side low on confidence.

Mikel Arteta’s side have gone three Premier League games without a win and sit 14th in the table going into the match, which is live on Sky Sports.

‘Fans privileged to return for derby’

The derby will see fans return to the Tottenham Hotspur Stadium for the first time since March after the Government relaxed restrictions on spectators attending live games.

Two-thousand Spurs supporters will be in the stadium to watch their team attempt to beat their biggest rivals and extend their lead at the top of the Premier League.

Mourinho has welcomed the move, saying: “I think this moment will be a privilege. They will feel privileged to be one of the 2,000 fans.

“But it’s just the first step. As soon as possible we will have football back to normality.”

When Jose Mourinho was at Manchester United, something just didn’t feel right. Perhaps, it was the fit and also the way Jose was.

We always used to refer to ‘Mourinho masterclasses’ when he won games and that he was wiser, smarter and cuter than the opposition managers. There’s been an element of disrespect in the past few years whereby his style of play has been criticised as being outdated and that the game has now passed him by.