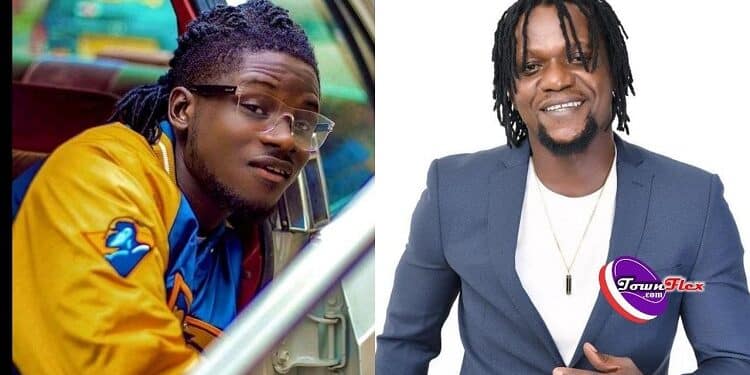 According to reports, the Nigerian artiste who goes by his legal name as Ottomi Patrick Akhere but known as Oduma Essan in the entertainment world claims to be the real originator of “Show Body“, a song he released last year between July 17 and September 5th, 2020, therefore accusing the Lynx Entertainment artiste of plagiarism.

kuami Eugene sued for song theft: Recall that the Angela hitmaker, Kuami Eugene also has a song titled “Show Body”, a song which features Nigerian star, Falz on it taking off his Son Of Africa Album that was also released last year on October 9th, 2020. So both of the songs share the same title.

Oduma has however sued the Ghanaian highlife singer and music producer of song theft, according to him, he is not just suing Kuami for using a similar song title but also there are some similar technicalities in both audio and video that proves Kuami copied him which includes some key phrases and style of dressing as well as even the title of Kuami’s Son OF Africa Album.

According to a story by Mynewsgh.net after sighting the court suit filed against the Lynx Entertainment signee, the plaintiff, Oduma Essan claims he wore a lion dress with the theme titled “Lion Of Africa” while Kuami also wore something similar also going by the name “Son Of Africa“.

He added that even though his song was in a low tempo Kuami pitched his into a high tempo. adding that he used the key phrase “Step to the dancefloor” as a theme in his music video but Eugene used “baby step in the circle and dance to the beat” in his.

As at the time of this post, Kuami’s song on Youtube after its release in 8 months have managed to garner a total of 2,023,897 stream/views, while Oduma’s own which got released 9 months ago has a total of 14,998 stream/views on Youtube. Claiming he was topping/ranking for the keyword for ‘Show Body’ on search results and getting views until Kuami Eugene dropped his version of the song.

He is however asking for Ghc120,000 in damages to cover video production, mixing, sound engineer, and promotion in both Ghana and Nigeria.

Well from my point of view, I Stermy think all the above-mentioned points by the Nigerian singer are of no good grounds to be awarded a win in this case, me being a good lover of music after giving both songs a careful listen and view to can boldly say aside the tiled being the same, I see nothing more which seems similar enough to claim Kuami Eugene copied by song, both songs sounds completely different to me though.

kuami Eugene sued for song theft: Well, you all can judge this by comparing the two-song by watching them below in this post, enjoy the view and share with us what you think about it.

Also, Read this: Mzvee and Kuami Eugene Unfollow Each Other On Instagram? [See Screenshots]