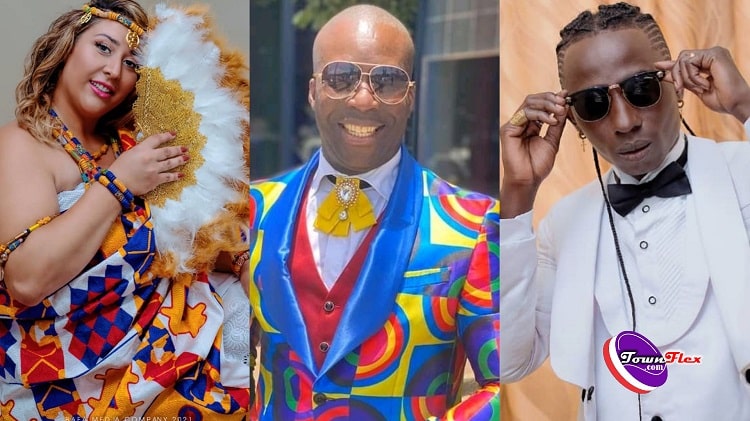 The Musician, Justice Amoah aka Patapaa the One Corner crooner got married to his German girlfriend “Liha Miller Esen” on Saturday, January 2, 2021, and they both have since then been heavily criticized.

According to claims by the critics, they see no real reason why the Ghanaian singer will choose a white lady over the millions of nice Ghanaian ladies in the country.

Patapaa responding to the critics in an earlier radio interview with Abeiku Santana on Okay FM answered them by saying “3tw3 biaa y3 3tw33” and that he sees no reason why it is compulsory for him to marry a Ghanaian lady, adding that he married his German wife, Liha because they both Love each other.

Kumchacha backs Patapaa: The controversial Man Of God, Kumchacha who was also in a recent radio interview on Kastle FM, threw his support for the singer for marrying a white lady by defending him.