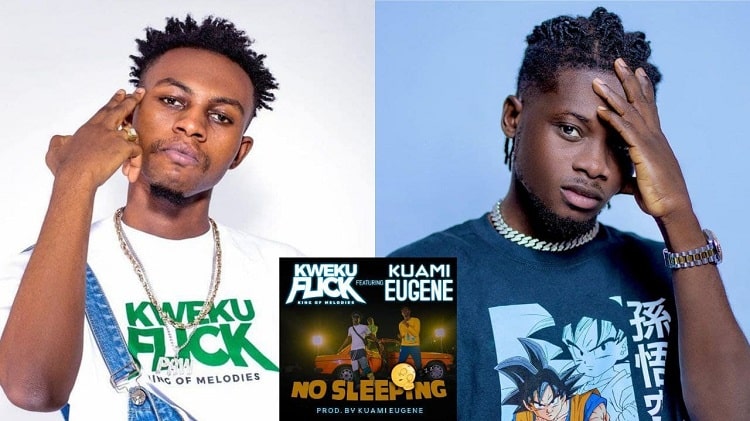 Ghanaian Hiphop and Highlife singer, rapper and songwriter Andy Osei Sarfo known professionally as Kweku Flick has announced he is about to drop a new song titled “No Sleeping”.

This new upcoming music from Kweku Flick will be featuring Lynx Entertainment signee Kuami Eugene on it, and fans can’t wait to have a taste of the collabo between the two talented acts.

The announcement of the release was made known via soocial media as the two acts took to their respective social media accounts earlier today, Wednesday, April 21, 2021, to share with their audience the official cover art for the project.

According to the posts shared online Kwekuflick ft Kuami Eugene No Sleeping song will officially be released on Friday, April 23rd, 2021. With Kuami Eugene holding the credit for production of the the audio.

check out the cover art below.

In other news, the two acts, Kuami and Kweku have been featured on a remix of Kweku Darlington’s Sika Aba Fie song which is also expected to drop soon. click on the link below to Enjoy the song.