Liquorose Speaks on 3ex With Wizkid 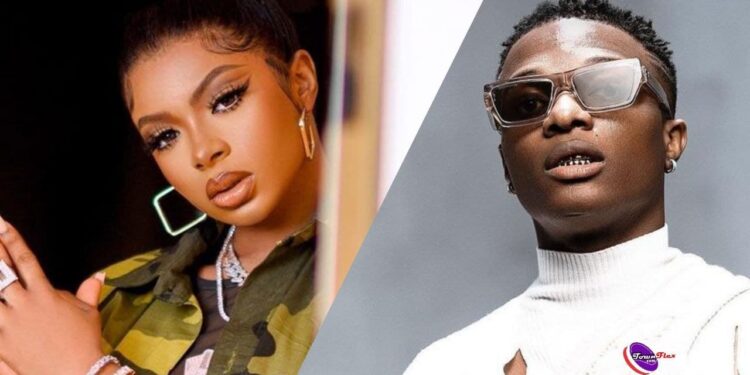 She disclosed that she had serious feelings (crush) on the Nigerian singer which made her seriously think about sleeping with him.

The 2021 BBNaija TV reality show finalist who came out as the first runner-up made this known during her interactions with her housemates.

According to Liquorose, she once critically fantasized about having s*x with the multiple award-winning star, Wizkid who is born with his legal name as Ayodeji Ibrahim Balogun, 31.

In other information, Temilade Openiyi better known publicly as, TEMS, has finally reacted to reports that Naija people dragged her on social media after superstar singer, Wizkid became touchy while the two were performing live on stage.

Tems has however reacted to the incident and backlash from fans.

In reaction to the social media uproar, the outstanding female singer addressed the situation as that which is not so serious as fans took it. Click Here To Read Full Story