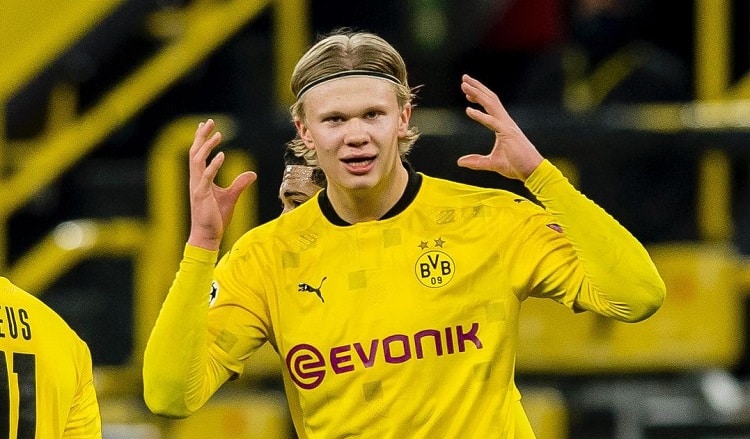 Manchester United has shown an interest in Borussia Dortmund striker Erling Haaland but they are not described as “leading contenders” by journalist Fabrizio Romano.

Writing in an article for the Guardian yesterday, the Italian reporter clarified the Norwegian international’s situation, stating that Barcelona, Real Madrid, Manchester City, and Chelsea are currently the favorites for the forward.

Unsurprisingly those remarks didn’t go down too well on Twitter with fans hoping for United to be more proactive in their pursuit of Haaland:

Romano has also confirmed that Dortmund is looking for a fee in the region of €150m (£128m) for Haaland so that asking price may be one of the key reasons why the Red Devils may be taking a backseat.

Last summer, they walked away from a deal for Jadon Sancho as they weren’t willing to pay the €120m that Dortmund was demanding. However, you would have thought that with someone as talented as Haaland they would push the boat out.