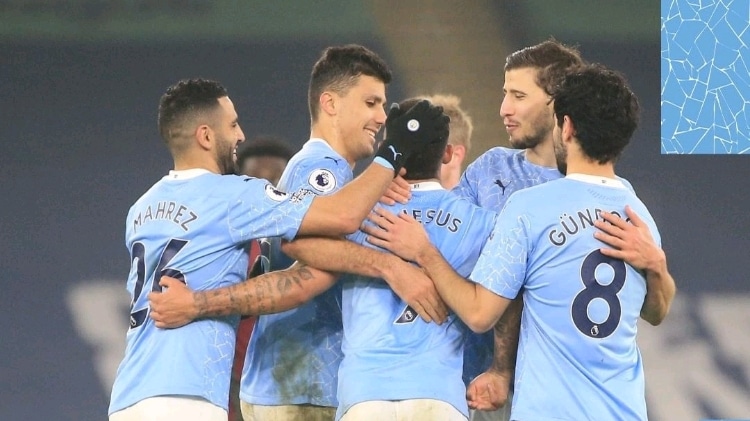 Pep Guardiola has dipped deep into his reserves without harming performance – a luxury few rivals can boast
Manchester City’s 21-game winning run has seen them run rampant throughout the Premier League and, throughout that run, they’ve done so in style.

The most recent win in that winning run came on Tuesday, as Manchester City took down Wolves 4-1 to continue their reign of dominance.

Making their recent streak even more impressive is the fact that they haven’t trailed for a single minute in any of their last 19 Premier League games, tying Arsenal’s competition record established in the late-90s.

Even as defending champion Liverpool have crumbled under the weight of injuries and others have endured major setbacks, Manchester City continue to lead the Premier League in squad rotation.

Pep Guardiola has made a league-high 79 changes to his starting XI this campaign to take advantage of the quality depth at his disposal.

The massive transfer backing Guardiola has received, as well as improved production from youth graduates such as Phil Foden, allows the manager to make up for key absences.

Kevin De Bruyne, for example, has only just returned from a lengthy spell sidelined with a hamstring problem.

Other stats on City’s depth

The Citizens have had 19 different scorers in all competitions this year – by comparison, Tottenham have had 17, Chelsea have had 16, Arsenal have had 16, Liverpool have had 15 and Manchester United have had 13.

Additionally, Guardiola has trotted out 29 different players across all competitions.