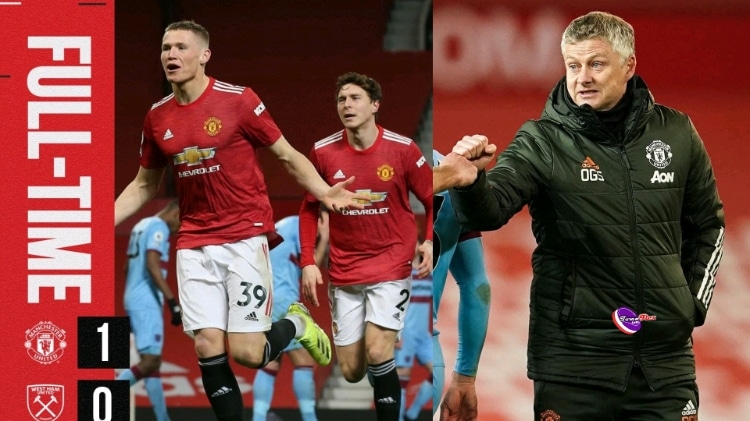 Manchester United moved back up to second in the Premier League thanks to a 1-0 win over Champions League-chasing West Ham at Old Trafford, secured thanks to Craig Dawson’s second-half own goal.

In a tight and cagey contest, the home side were forced to wait until eight minutes into the second half to make a deserved breakthrough.

Manchester United return to second place in the Premier League table courtesy of a 1-0 win over West Ham United at Old Trafford. Craig Dawson put the ball into his own net from a Bruno Fernandes corner in the defining moment of the contest.

As a result, United leapfrogged Leicester City, who had moved up to second place with a 5-0 home win over Sheffield United earlier in the day, although they are still a mammoth 14 points behind rivals Manchester City at the top of the table.

As for David Moyes, who was back at Old Trafford after his brief time in charge of United, his team stay fifth, three points behind Chelsea in the final Champions League berth, but with a game in hand on the Blues.

United are next in action against AC Milan in the second leg of their Europa League round-of-16 clash at San Siro on Thursday. West Ham next play Arsenal next Sunday on home soil in the Premier League.