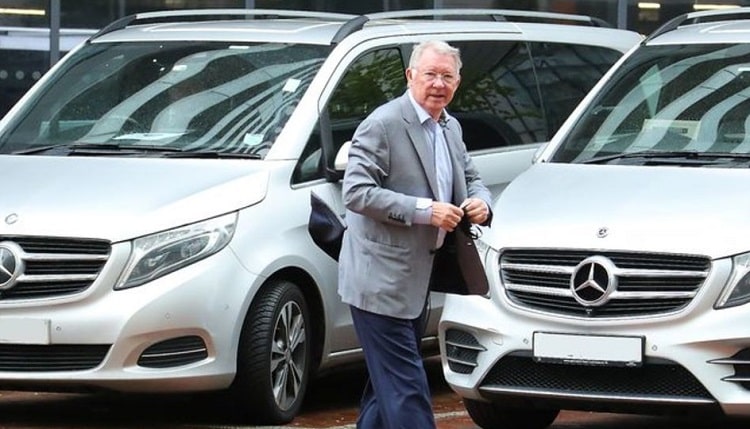 The former manager of English football clube, Manchester United, Sir Alex Ferguson has been spotted spending some quality time with some key officals of PSG ahead of their clash with Manchester City tonight.

Sir Alex Ferguson was seen at the base of the Paris Saint-Germain (PSG) squad and travelling party in Manchester on Tuesday mornig, just hours ahead of the Champions League semi-final second-leg against Manchester City at the Etihad Stadium.

The 79-year-old Man United former manger was captured by Manchester Evening News photographers at the Lowry Hotel in Manchester city centre, a place where only the Paris Saint-Germain squad and club officials are housed due to ongoing Covid-19 restrictions.

According to the Manchester Evening News photographers, Sir Alex Ferguson who was captured wearing a Manchester United-branded face mask, spent roughly 1 hour and 20 minutes inside the Lowry Hotel before leaving the building alongside Paris Saint-Germain president Nasser Al-Khelaifi.

Adam Crafton who is a reporter from the Atlhletic took to social media shortly after images surface online and stated that Sir Alex Ferguson always visted the Lowry Hotel to see the PSG president adding that the two happens to be friends.

Manchester City host Paris Saint-Germain at the Etihad Stadium from 7PM – with a place in the Champions League final up for grabs, where the winner will face the winner of Chelsea vs Real Madrid on Wednesday night.