“There’s nothing to be fixed, everything is okay in Ghana” – Actress Matilda Asare [Watch Video] 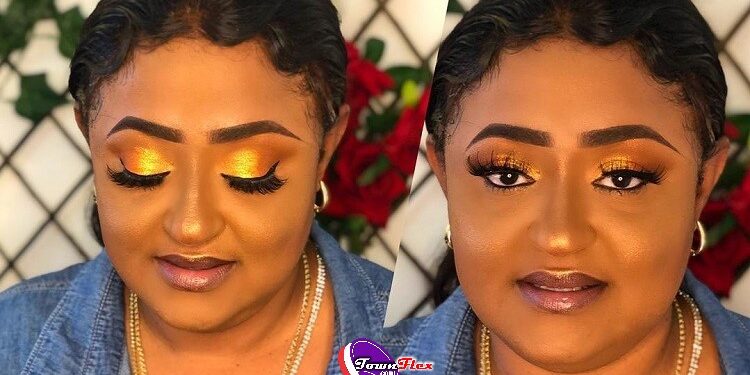 Kumawood actress, Matilda Asare has said in a recent interview that there is nothing wrong in that country (Ghana) that needs to be fixed, saying everything is working fine.

This comment by the actress comes following the ongoing social media protest which started some days back, it saw Ghanaians pour out their heart on some issues facing the country which they think needs to be fixed by the government using the #fixthecountry hashtag on social media.

Some of the issues include Employment (jobs for the youths), a stable economy, better roads, improved electricity power supply among others.

Speaking on UTV’s United Showbiz entertainment program yesterday night, Saturday, May 8th, 2021, Matilda Asare told the host, Nana Ama McBrown that to her she sees nothing wrong in the country which needs to be fixed.

She stated that the system is working perfectly and sees no reason for the #FixTheCountry protest, adding also that the laws in the country are also working out well, and that teachers, nurses are all not on strike what else could be the problem that needs to be fixed.

Speaking on the current dumsor state of the country, she said that the power cut challenges we are facing in this country is not a four-year black-out which we should be more bothered about, hence the areas to be going off power supply knows very well following the timetable released some time ago to announce the news that power supply won’t be stable in some parts of the country.

the Kumawood actress also advised Ghanaians to be very specific and names the real problems that they say need fixing instead of generalizing it.

Watch the video below;

Also Read: “I Rejected A Lady Who Offered Me Mercedes Benz To Date Her” – Kuami Eugene