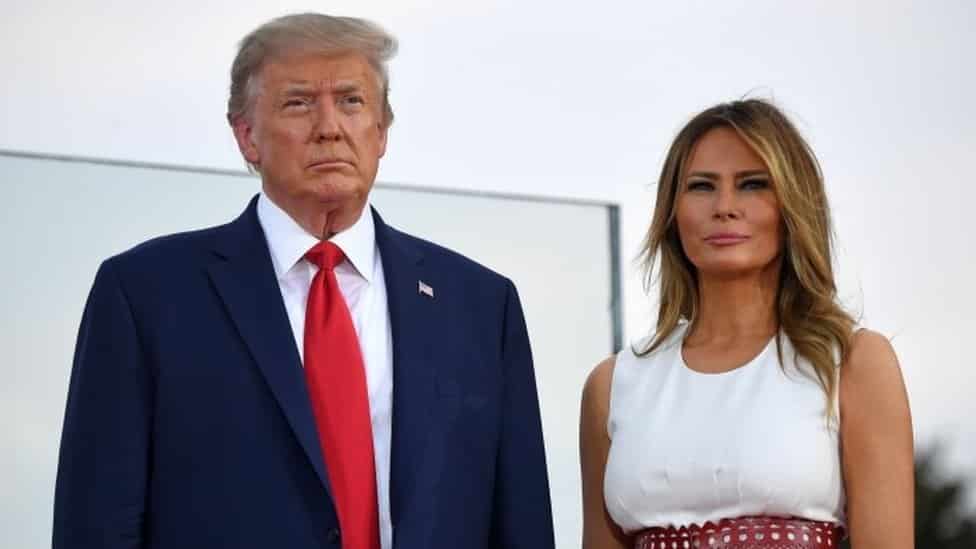 Disturbed and disheartened with what happened last week,” said Ms Trump in a statement, in which she admitted that her time at the White House was soon coming to an end.

“I find it shameful that surrounding these tragic events there has been salacious gossip, unwarranted personal attacks, and false misleading accusations on me,” said Ms Trump.

Calling-out “people who are looking to be relevant and have an agenda”, she added that “This time is solely about healing our country and its citizens. It should not be used for personal gain.”

It comes after Stephanie Winston Wolkoff, a former adviser to the first lady, wrote in an opinion article that she was “ashamed” to have worked with her after the attack on Congress by her husband’s supporters.

“I wish I could say I was shocked by President Trump’s actions, but sadly I cannot, or say I don’t comprehend Melania’s silence and inactions, but pathetically, they are both expected,” Ms Wolkoff wrote.

The former aide went as far as saying that Ms Trump, who at times has remained silent on controversies surrounding her husband, had been an “enabler” throughout his presidency and that she “had blood on her hands”.

The first lady also expressed her condolences for the deaths that followed Wednesday’s assault, including Ashli Babbitt, who was later revealed to support the QAnon conspiracy that wrongly alleged a “deep state” was working against Mr Trump.

Ms Babbitt, as with thousands of others who Mr Trump to march on Congress with “strength” as they worked to confirm Joe Biden’s election win, believed false claims the 2020 election was “stolen”.