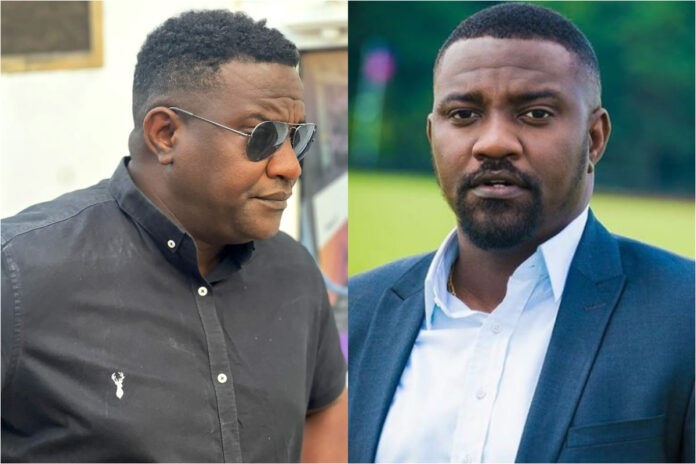 John Dumelo is renowned for sporting a certain haircut and a well-shaven beard. The politician, however, modified how he appeared by completely removing his beard and getting a new hairstyle.

To that effect, some people on social media have questioned John Dumelo’s decision to remove his beard, while others have suggested that his financial difficulties have caused his hair to turn grey.

Read some of the mixed reactions below:

@Alhajiba_guyguy: Eiiii I didn’t see him oooo, he has grown older papa ei .in all we thank God for his life 🙏

@Emmanuel: He has got new knowledge and growing in wisdom these are sometimes the signs (grey hair) buh a lot of people don’t respect that

@kojo Grey: I can tell most ladies dunno when you take off your mustache it makes you look older. Tell your beard gang boyfriends to shave their beards and most of you will leave the relationship. In conclusion shatta wale isn’t ugly he just likes to shave his mustache

@Akotowhitney: He is not growing younger anaaa 😏 kids are even getting grey hair 😃 i beg leave him alone

READ ALSO: People Prefer To Criticize My Brother, Yet They Are Aware Of His Strengths: Andre Ayew