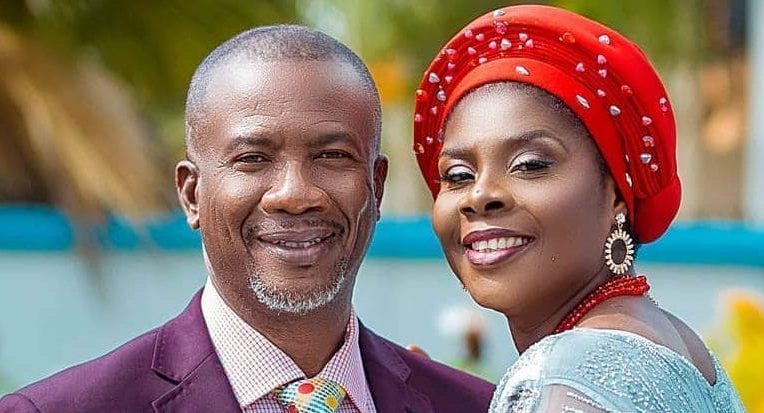 Gospel singer Amy Newman from Ghana has revealed that she used to frequent nightclubs where she first met her husband.

The gospel singer admitted that dancing was one of the things that made her happiest in an interview.

Moreover, she admitted that when she was younger, she used to go to her brother’s club in Takoradi merely to dance to the music playing.

When recalling her clubgoing days as a teenager, Amy Newman remarked as follows:

I will take the whole dancing floor when we get to the club. Dancing is part of my talent. So it was there where my husband spotted me, he was also in the club.

He saw me there but didn’t approach me. A week later he came to my house with his friend. So basically that is where it started. Amy Newman revealed this in an interview on TV XYZ.

I mean dancing is part of my talent and all my children are good dancers. You would love to see them dance.”

Amy Newman revealed that her husband, who had been watching her from a distance when she went to the club to dance, had confessed his love for her and his desire to wed her.

See Also: Any musician who copies my tunes without my permission will be sued: Amy Newman

In addition, Amy New revealed that at the age of 18, she agreed to his marriage proposal. The gospel musician has been in the music business for more than 20 years and has been married for 40 years.