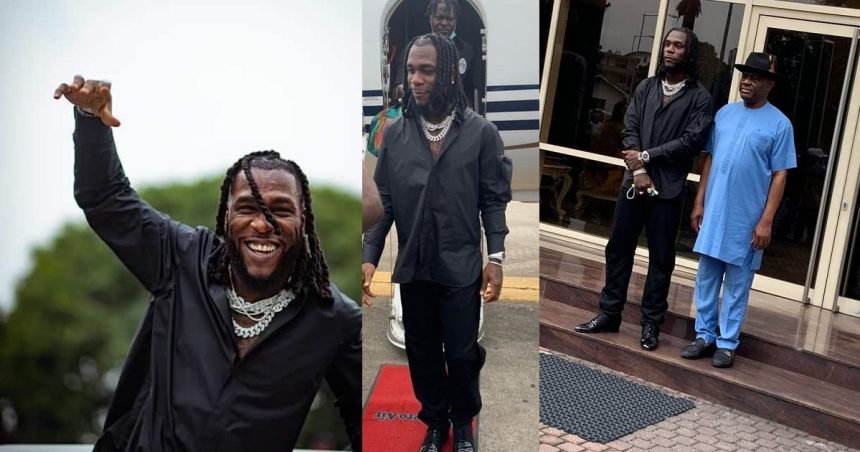 He arrived in the state and was welcomed in a grand style as a lot of dignitaries were also present to welcome him with a loaded crowd available, some dressed in different traditional wares as he was welcomed.

He arrived for his homecoming concert in honour of his Grammy award win, which is a big win for the country and especially his state.

The African Giant upon arrival yesterday, Saturday, March 27, 2021, the same day for his homecoming concert made a visit to the Governor of River State ‘Ezebunwo Nyesom Wike’ together with his parents and members of his team to show their respect to the Caretaker of the State.

Wike described the Grammy award-winning Afrobeat artiste as the pride of the state, He added that he himself is very happy for what Burna Boy has achieved and also added that there is no single person in the state who will say he or she isn’t Happy for Burna. He also promised to keep supporting him.

“There is no Rivers person that will say he or she is not happy with the kind of pride you’ve brought us. I am very happy and I can tell you, whatever you think we can do to promote you, we will continue to do it.” he said

Wike congratulated Burna Boy for the honour he did to the people of the state all over the world explaining that when news broke that Burna Boy was the winner in the Best Global Music Album category with his Twice As Tall album, the entire state was elated.

Rivers State Governor Wike gifts Burna Boy a land and money to build; reveals he’ll give every artiste who performed at singer’s homecoming concert N10m each. 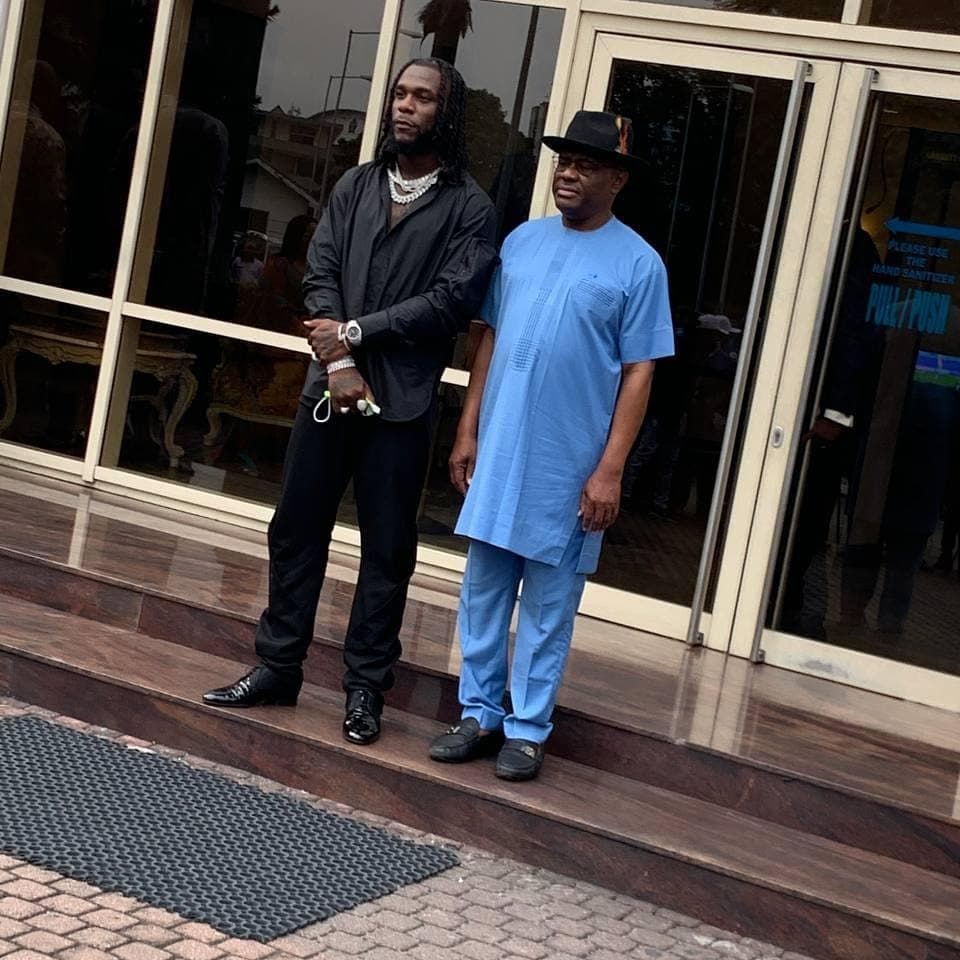