Nigeria vs Egypt: What You Need To Know Before The Clash 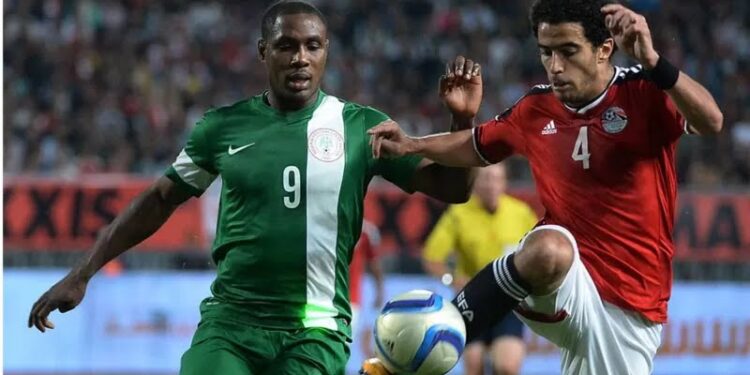 The Super Eagles of Nigeria will on Tuesday play against the pharaohs of Egypt at the Roumdé Adjia Stadium. Garoua – Cameroon. The game is considered to be the strongest test for both teams as they both know what is at stake.

While the Super Eagles have won the tournament for three times, the Pharaohs of Egypt have won it for a record-breaking seven times and given these statistics, there is a lot in stake for this particular group opening match.

However, the main highlights and taking points ahead of the game is the threat possessed by Mohammed Salah and the absence of the in-form Victor Osinmen. The Liverpool forwarder have been nominated as one of the three players for FIFA best footballer of the year award and this speaks volumes of his success on pitch.

For sure, this makes Salah the main threat ahead of Tuesday encounter and this is good for the Eagles given the absence of Victor Osinmen. Despite the poor outings of the Super Eagles, the Napoli striker is one of the very few who played impressively.

In short, it is important to note that the former German coach, Rohr was sacked as a result of Eagles’ poor performance. One can not really ascertained how the Nigerian team will be set up but there is an assurance that the absence of the hard-working Napoli striker will be felt on that day.

He tested positive for Covid-19 hence was excluded from the Nigerian squad headed to Cameron for the African Cup Of Nations tournament (AFCON). The professional football player just recently recovered from the virus but has missed the set deadline.

Nevertheless, Nigeria has other players that can hurt Egypt and some of them are Ahmed Musa, Odion Igalo, Chukwueze, Wilfred Ndidi, and Alex Iwobi.

Moreover, the Pharaohs of Egypt have played with the Super Eagles of Nigeria for 18 times. Out of it, Nigeria has won 8, draw 5, and lost 5 of the games.

With this statistics, Nigeria head into the encounter as favourites having gotten the most wins. However, the Pharaohs currently have more of squad debt than the Super Eagles given their experiences and talents.

What are your thoughts towards the match? Can the Eagles triumph over the Pharaohs?