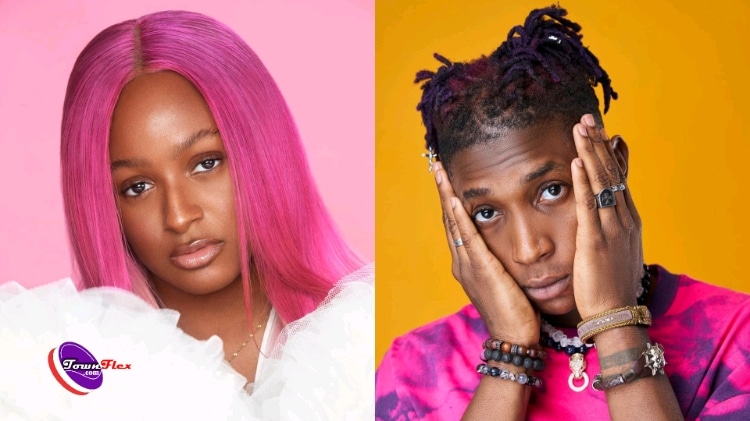 Cuppy on Friday, April 2, 2021, took to her official and verified Twitter page her she shared a post suggesting that she has plans on putting Bella on a song of here.

This post from the popular DJ comes following the fact that Bella ranked number 1 in Nigeria just few hours after releasing a new song.

Her tweet on the social media platform brought about mixed reactions as Nigerians reacted to her post in a funny manner.

A collaboration between DJ Cuppy and Bella Shmurda won’t be a bad thing at all but Nigerians had to drag her for wanting to featuring him on her song because of how it ended with her collaboration with Zlatan Ebile.

Naija people wanted to show the young DJ that they have not yet forgotten how bad she treated Zlatan Ebile after their collaboration became a major hit song and yet she refused to pay Zlatan for his effort in making the song blow.

Nigerians angrily bashed her claiming she is just trying to tap into the fame of the young champ, some also asked if she is ready to pay Bella to the feature or not.

“You go pay Bella abi you no go pay am? Him no sing cashapp so that you go start Dey owe am” – one twitter user wrote.

Watch more reactions from Twitter users in the screenshots below. 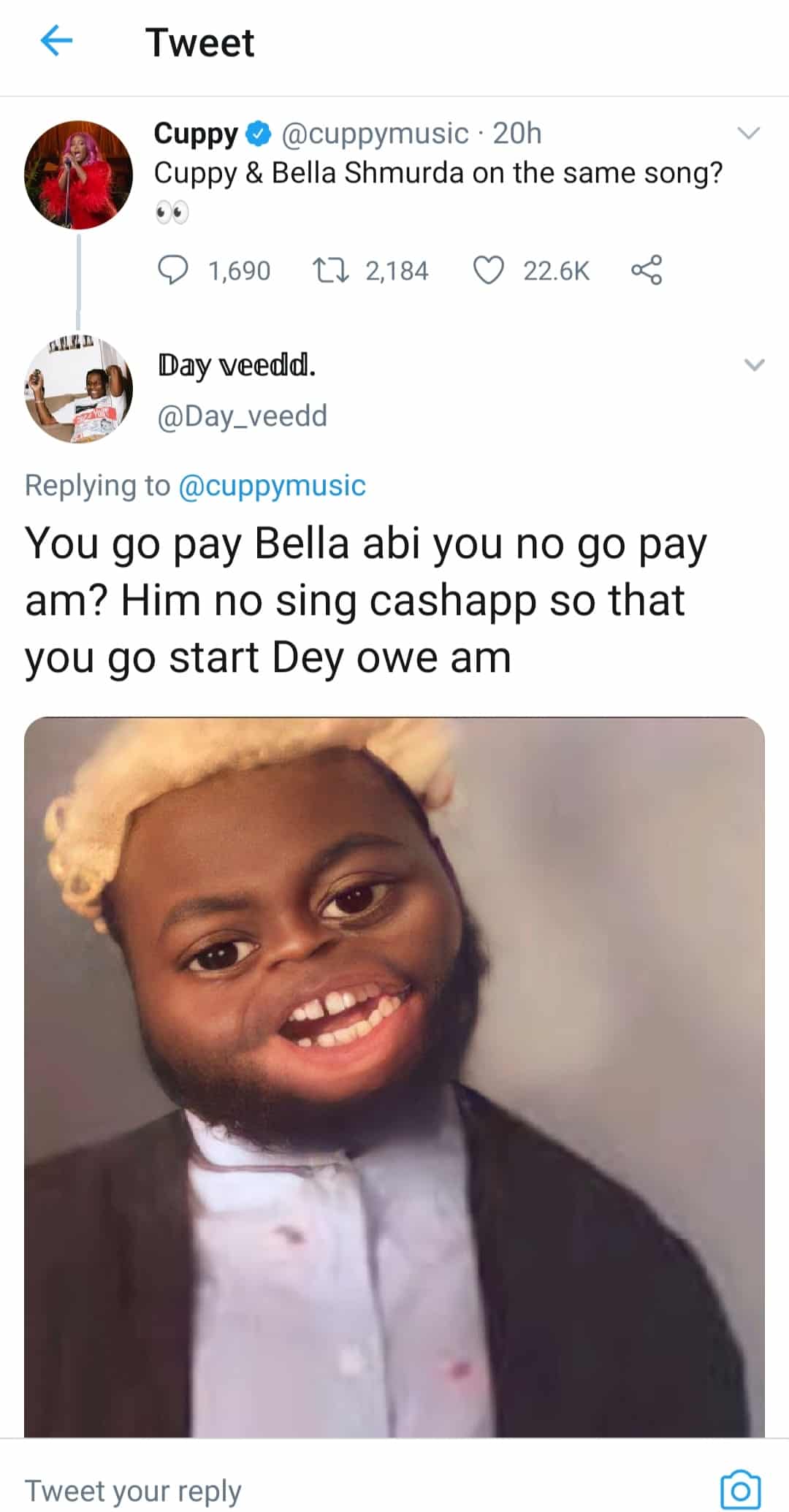 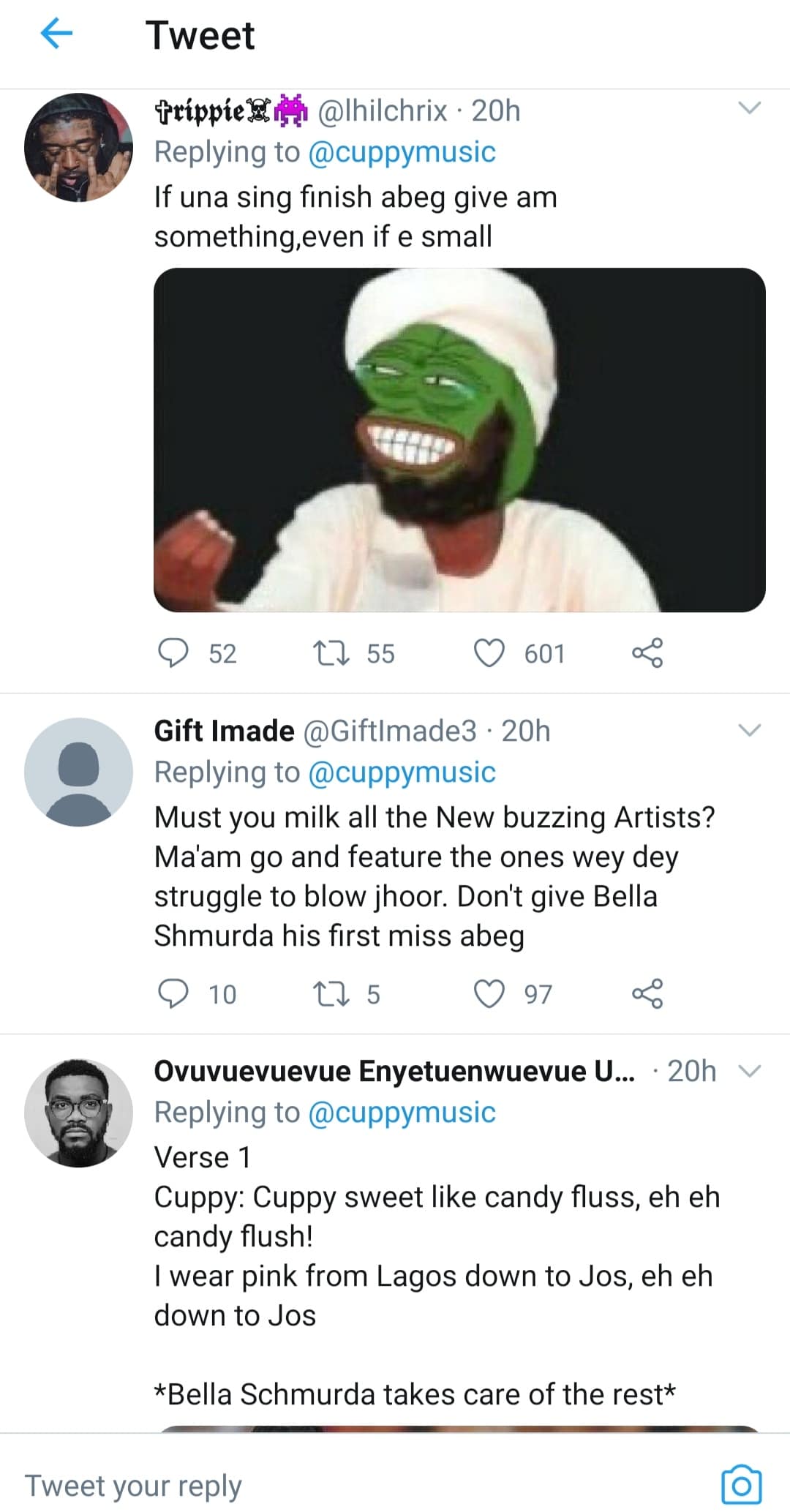 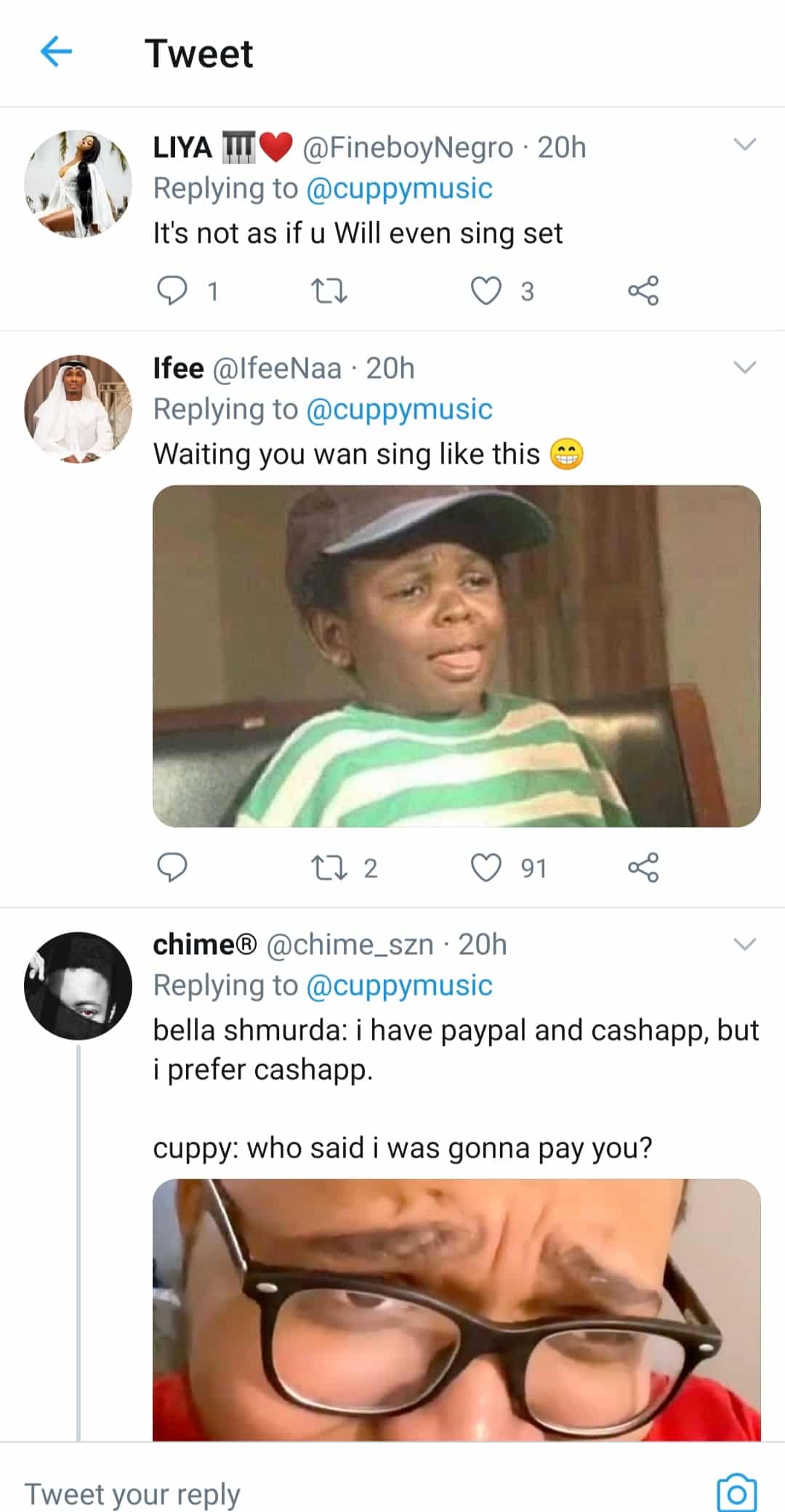 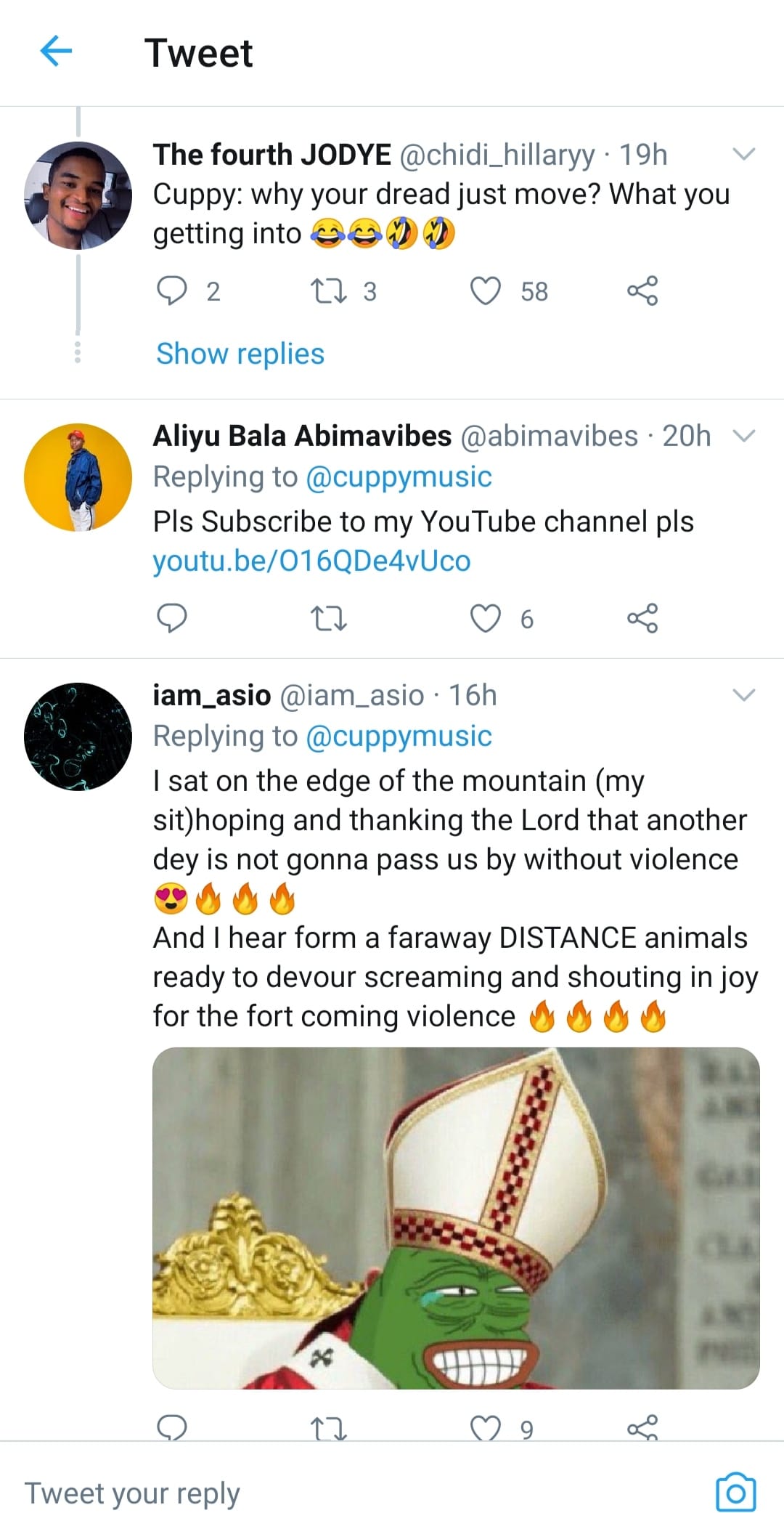 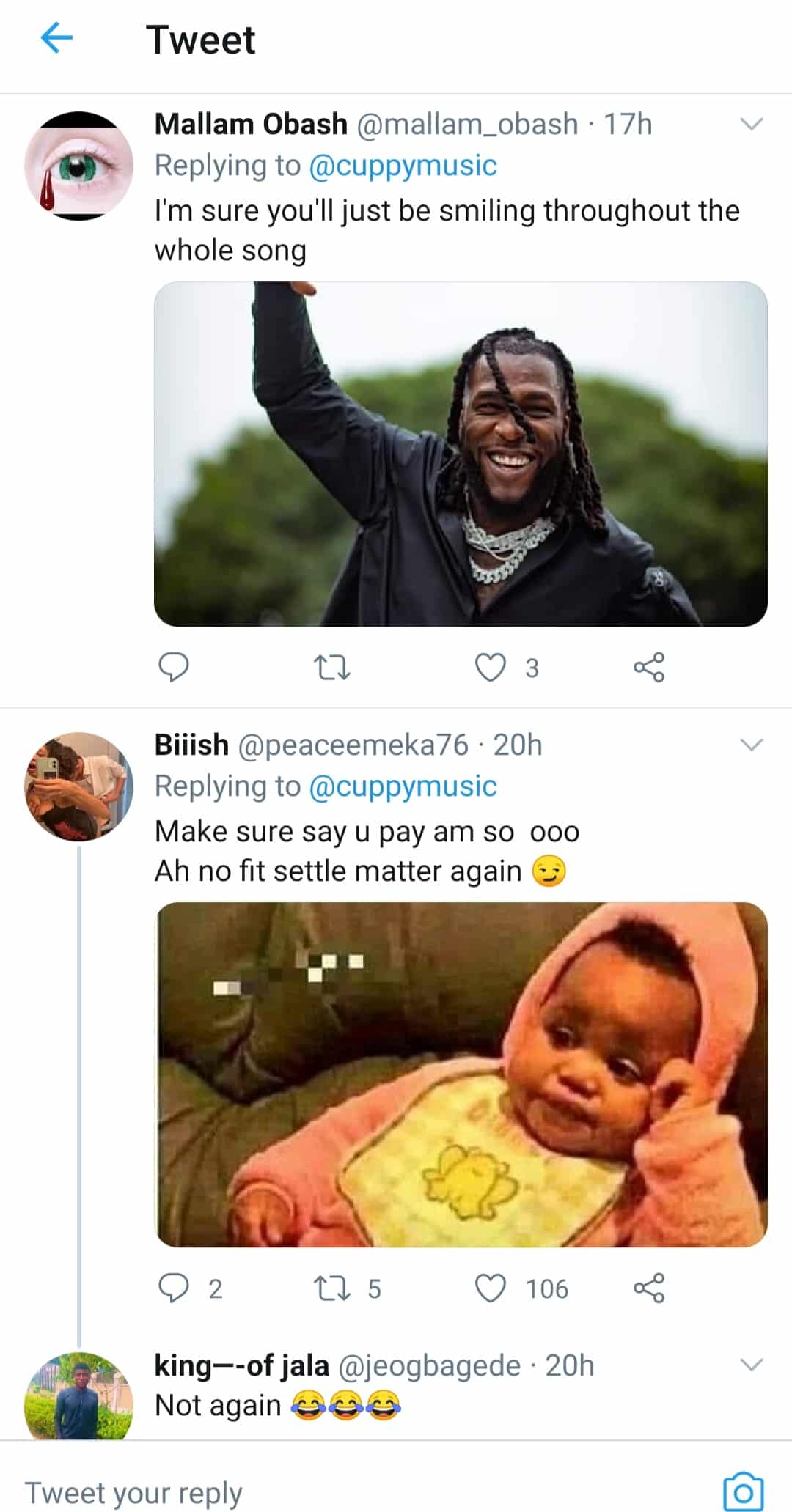 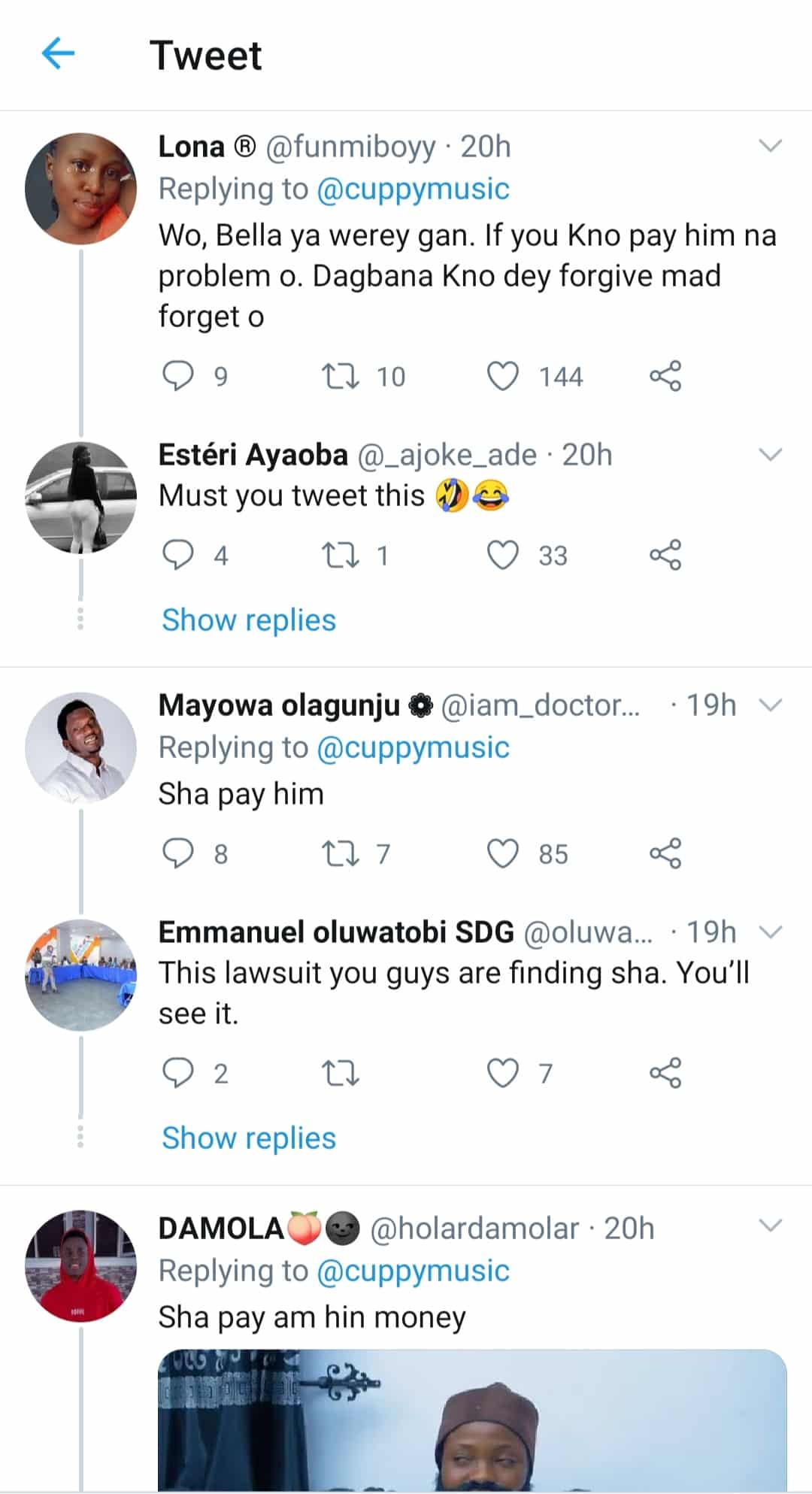