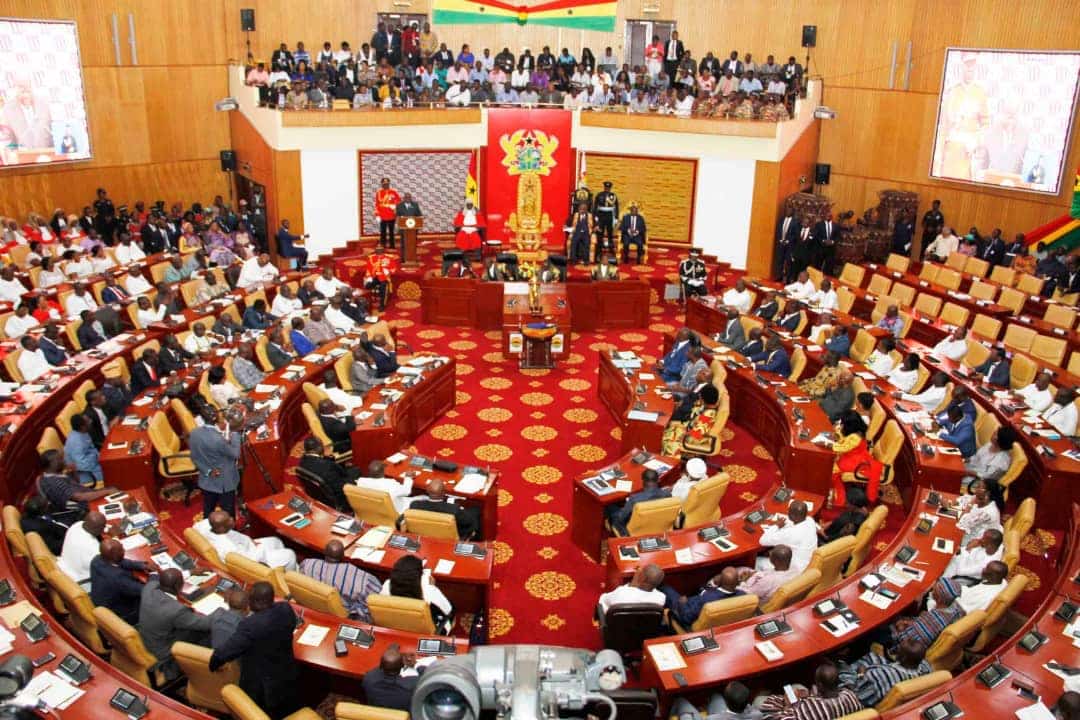 All Members of Parliament (MPs) of the New Patriotic Party (NPP) as well as the Fomena MP and Second Deputy Speaker Andrews Amoako Asiamah reported to the House at the right side of the Speaker Friday as early as 3:00am.

MP for Ejisu John Kumah told GhanAkoma host Aduanaba Kofi Asante Ennin that some of the NPP MPs were in Parliament early just to secure the Majority side of the house.

The 8th Parliament of the Fourth Republic is expected to resume proceedings on Friday, January 15 at exactly 10 am.

See this: Mahama Congratulates Alban Bagbin as Speaker Of Parliament

The Ejisu lawmaker says “we are not leaving any stone unturned and also not leaving anything to chance so storming Parliament as early as 3:00am will ensure we claim what belongs us which is the majority side”.

Lawyer John Kumah added that “as far as we are concerned with the inclusion of Fomena MP to our side, we are the Majority Caucus so it’s in line for us to be here in Parliament this early to secure the right side of Parliament”.

He further explained some of the parliamentarians even slept in Parliament and as early as 5:00am, all 138 MPs clad in white attire had already taken their seats.

The Speaker of Parliament, Alban Sumana Kingsford Bagbin, is expected to declare who takes charge of the status as Majority in Parliament.