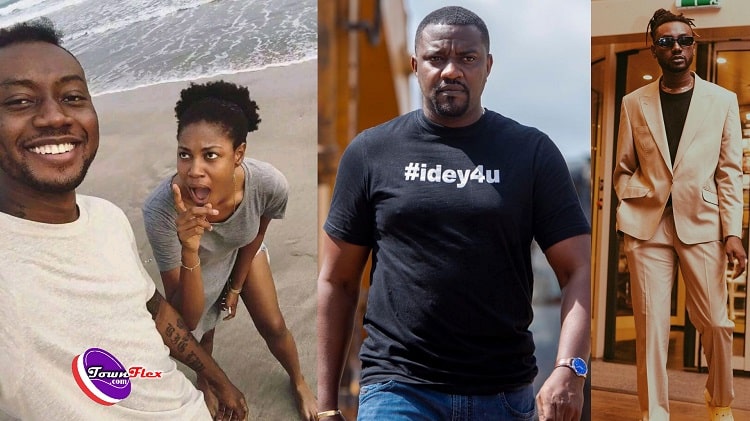 Ghanaian rapper Pappy Kojo who is bor ‘Jason Gaisie’ has disclosed in a live TV show that the has nothing to do with ladies but rather he likes men.

The rapper made this shocking revelation, yesterday night, Friday, February 19, 2021, on the ‘Showbiz 360’ entertainment show hosted by Giovani Caleb and aired on TV3.

This issue popped up after the host, Giovani asked him about his rumored relationship with Yvonne Nelson.

Recall that some years past, there have been talks in town as to who the rapper was dating, and it came out that he was having something going on with popular Ghanaian actress ‘Yvonne Nelson’.

Responding to the host, Pappy Kojo debunked the rumor and was like its never true, that was where he revealed that, he is not into ladies but rather into guys because he is gay.

Well, this is indeed a shock going out to many out there especially fans of the rapper, it is very hard to see some people who are also into this come out boldly to spill it out, some always love to hide it from the public but the rapper boldly confirmed it in a live TV show.

When the host, Giovani Caleb, after processing what he heard asked him to describe the type of men he likes, Pappy quickly answered by saying he loves men like actor John Dumelo. Watch the Video Below.

Pappy Kojo is gay: Watch the Video Below.