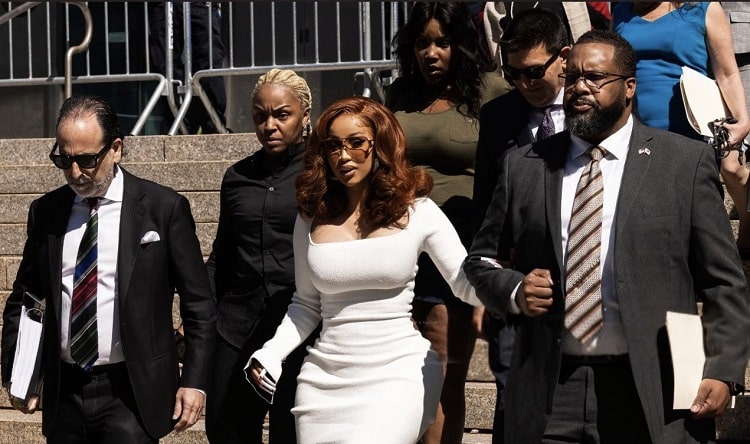 Rapper Cardi, who was involved in a 2018 New York nightclub brawl and entered a guilty plea on Thursday, has completed her term.

Cardi B appeared in court on Thursday, September 15 in Queens, New York, where she entered a plea of guilty to third-degree assault and reckless endangerment.

Cardi B back in 2018 allegedly threw a hookah and champagne bottles at two female bartenders during their fighting incident and reportedly ordered people she was with to assault the women at Queens strip club Angels Gentlemen’s Club and Restaurant.

Both women claimed that during the confrontation, Cardi threw at least one champagne bottle at them and told the other women she entered the club with to beat the bartenders.

According to evidence acquired, the Grammy Award-winning rapper from the Bronx would be subject to a 15-day tail term if she failed to complete her service. She had also been given a three-year order of protection for the two victims.

Rapper Cardi B sentenced to 15 days community service: She be after the court hearing took to social media and made the below statement;

“Part of growing up and maturing is being accountable for your actions. As a mother, it’s a practice that I am trying to instill in my children, but the example starts with me. I’ve made some bad decisions in my past that I am not afraid to face and own up to. These moments don’t define me and they are not reflective of who I am now. I’m looking forward to moving past this situation with my family and friends and getting back to the things I love the most — the music and my fans.”

See This: Nick Cannon welcomes his 9th child, with two more on the way [Watch Video]