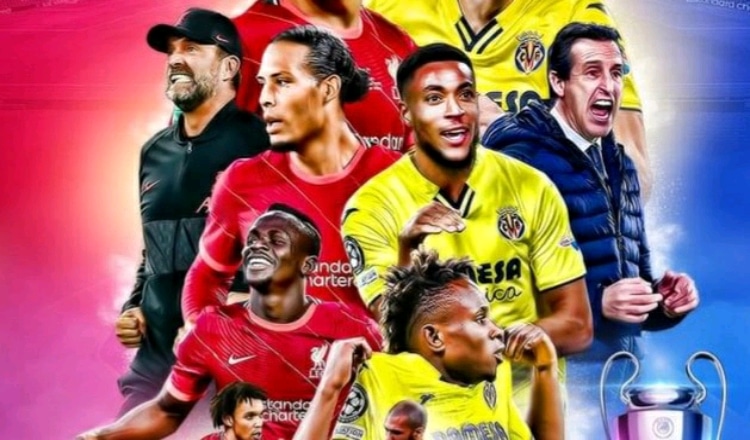 Unai Emery’s side failed to trouble Alisson with just one shot on target at Anfield as they lost 2-0 to Jurgen Klopp’s side in the first leg of the Champions league semi-final.

It took Liverpool until the second half to break an obdurate Villarreal team down with Pervis Estupinan’53’ own goal and Sadio Mane’s’55’ mins strike put Liverpool 2-0 victory at Anfield after a goalless first half.

Liverpool’s breakthrough was just reward for their dominance Within 10 minutes of the restart with 2 goals in the space of 133 seconds.

The La Liga side was rescued by the offside flag when Andy Robertson side-footed a Trent Alexander-Arnold cross into the net.

Pau Torres spoke ahead of second leg: “We go home beaten by two goals but we stay confident, Should we score in the first ten minutes next week we are back in the tie. There’s a lot of football left in this semi-final yet.”

“We have the feeling that we were punished for our only errors. In the first half we coped well, but in the second half we were a little overrun. In our planning we addressed the idea that they might go ahead but our plan was a little like in Munich – to stay comfortable, to cope. But our errors were really punished.”

Villarreal manager Unai Emery had admitted his side escaped with a two-goal defeat: “They were better than us, they have been better over the 90 minutes,” the manager said.”

“We wanted to play a better game, create better chances on goal for ourselves, but we needed to be on the defensive a lot.

“We wanted to keep the scoreline down to 1-0 and we didn’t. We wanted to get on the scoresheet and we weren’t able to do that.”

“We didn’t create many chances at all, we never got near their goal. Two-nil is a clear, obvious result, a deserved result.”

“It could have been a worse hill to climb. The only thing now is 2-0 still gives us a chance to have a different performance at home. We are still alive.”

However, Liverpool will head to Spain next week confident of getting the job done and reaching next month’s final.