News of his resurrection was in February this year, went viral with videos of the miracle splashed all over social media.

According to local publication H-Metro, Brighton died last week in a village called St Luke’s in South Africa. Unfortunately for Brighton, there was no resurrection this time and he was buried on Saturday. He is survived by his wife only as they had no children.  A close family member who spoke to H-Metro said, 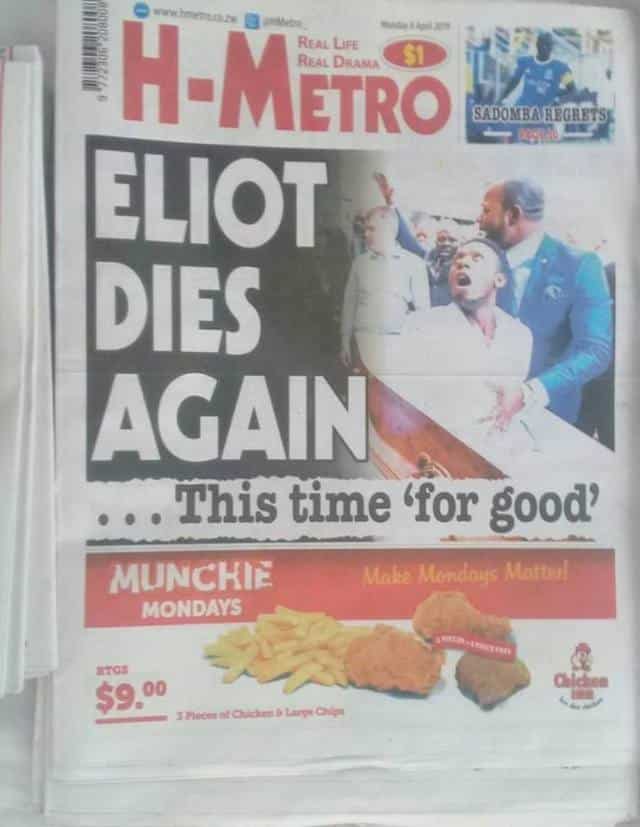 “His stomach started swelling and didn’t stop for three days and on the third day, he died.”

According to other reports, when Brighton joined Lukau’s Alleluia Ministries International there were reports that he was HIV positive and he had kidney failure and he also had TB (tuberculosis).

When reached for comment, officials from the church stressed that what happened in February was not a miracle.

Loading...
239 239
Subscribe to our newsletter
Sign up here to get the latest news, updates and special offers delivered directly to your inbox.
You can unsubscribe at any time

Demmie Vee Calls Kizz Daniel A Traitor: He Duped Me Of N15 Million

eii! so D-Black drop song noor sextape too drop, could this be the reason?