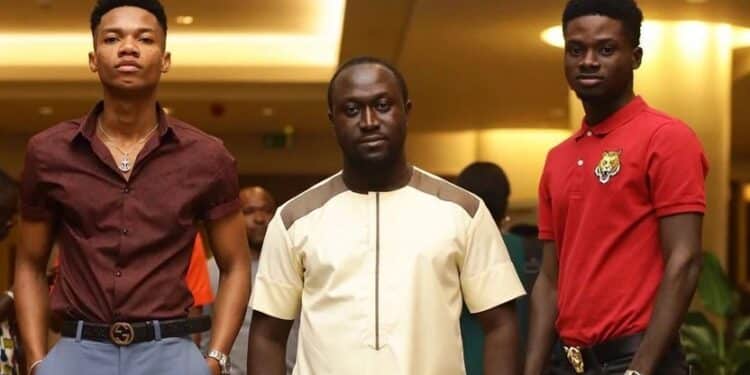 According to him, he is the originator/author of the song ‘Show Body” which Kuami sampled in made his, Kuami Eugene in 2020 also released a song with the same title “Show Body” which featured Nigerian star Falz on it taken off his Son Of Africa Album on October 9, 2020.

In our publication about the song theft saga, Oduma claimed he released his song on July 17, 2020, which was three before Kuami came out with his version. Claiming that aside from the title being the same, there are other technicalities in both the audio and video which proves he is the originator.

Some of the technicalities according to him includes claims that he wore a lion dress with the theme titled “Lion Of Africa” while Kuami also wore something similar also going by the name “Son Of Africa“, also adding that he used the key phrase “Step to the dancefloor” as a theme in his music video but Eugene used “baby step in the circle and dance to the beat” in his.

He is therefore demanding Ghc120,000 in damages to cover video production, mixing, sound engineer, and promotion for his song in both Ghana and Nigeria.

However, Richie Mensah of Lynx entertainment the manager for Kuami Eugene has finally dropped his reactions to the claims made by Oduma rubbishing his claims by saying aside from the title being the same anyone who listens to the two songs can easily tell that there is no similarity in them.

Richie made this known in an exclusive interview with Doreen Avio where he also went ahead to describe the lawsuit filled as total nonsense.

Watch the interview below

Also, Read this: Mzvee and Kuami Eugene Unfollow Each Other On Instagram? [See Screenshots]