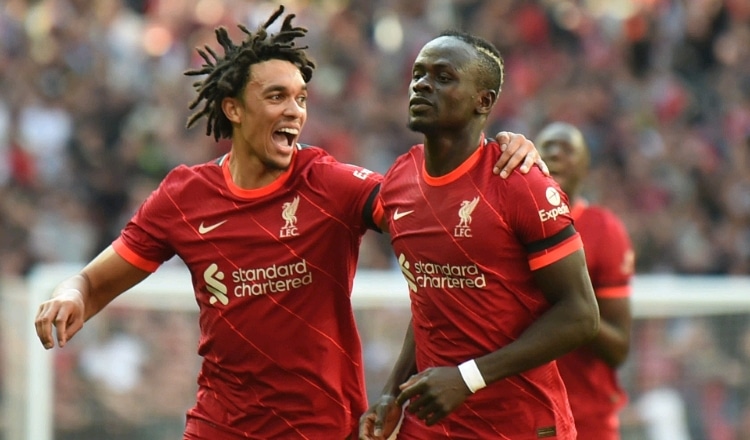 The 2021/22 season’s calender is now behind us as all eyes turn to the transfer window ahead of 2022/23 season with plenty of players set to switch to other clubs and country.

Liverpool who lost the Champions League final to Real Madrd in Paris on Saturday are preparing for another blow with Sadio Mane expected to announce his future.

Sadio Mane along with team-mates Roberto Firmino and Mohamed Salah are now entering the final year of their contracts at Anfield, and the Senegal international refused to comment on his future ahead of the Champions League final.

According to reports, 30-year-old forward who avoided questions over his future after the defeat to Real Madrid is expected to leave Liverpool this summer with Bayern Munich linked with a £35 million move.

The Senegalese time at Liverpool has been nothing short of sensational, with the striker having earned his status as a fan favourite in his five years at Anfield.

However, it appears his time in Merseyside will come to an end this summer, he told his teammates after the defeat that he was set to move on for a new challenge elsewhere though Liverpool still hold a key advantage.

Liverpool could be forced into a transfer rethink over their plans to replace Sadio Mane with reports suggesting the Reds are set to miss out on Barcelona’s winger Ousmane Dembele despite struggling to live up to his £136 million price tag.

Ousmane Dembele is due to become a free agent in the coming weeks, report now says the Frenchman is now ‘close’ to becoming the first signing of the new era at Stamford Brigde.

The Bundesliga giant Bayern Munich have been strongly linked with a summer move for for the 30-year-old liverpool man who has just one year remaining on his contract with the Reds.

The 30-year-old senegalese forward progress in his career and develop as a player in his five years at Anfield, the forward has netted 120 goals in 269 games, becoming a fan favourite in the process.

Sadio Mane who was Liverpool’s second leading goalscorer with 23 to his name will be open to talk over his future after their upcoming Africa Cup of Nations qualifiers against Benin (June 4) and Rwanda (June 7).

A potential fee of £25.6 million was widely disputed, and now The Athletic‘s James Pearce claims the club will instead seek a deal in the region of £42.5 million.

Pearce adds that the Reds “would need to have a suitable replacement lined up before sanctioning a sale,” which is standard practice for a club of Liverpool’s recruitment stature.

It is even claimed that “Liverpool believe they would be better off keeping Mane for another 12 months and losing him for nothing in 2023” rather than accept the figures initially reported in the German press.